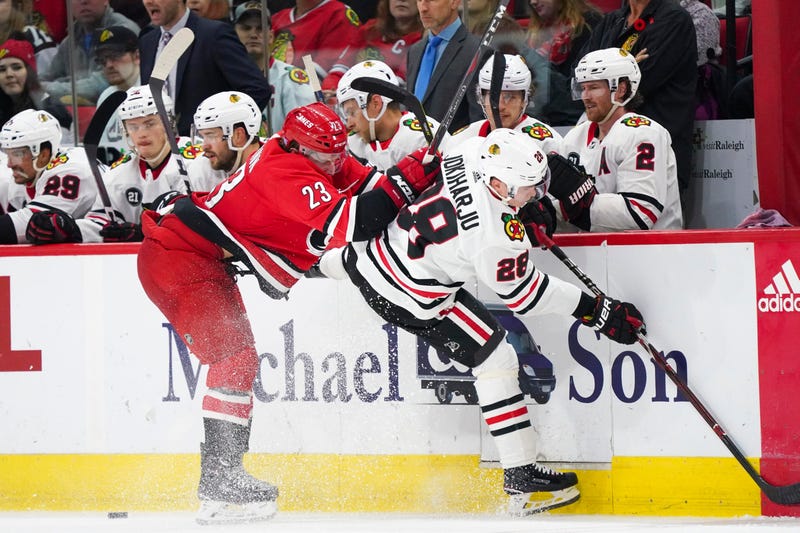 The Buffalo Sabres have acquired another right-handed shot on the blue line, trading for defenseman Henri Jokiharju from the Chicago Blackhawks in exchange for right winger Alexander Nylander.

We have acquired defenseman Henri Jokiharju from the @NHLBlackhawks in exchange for forward Alexander Nylander.Details: https://t.co/1Plq8YBoZF pic.twitter.com/9X8VYb9kFp

Jokiharju, 20, was a first round pick (29th overall) of the Blackhawks in the 2017 NHL Draft. Jokiharju made his NHL debut last season in his first season as a professional, playing in 38 games while registering 12 assists in 18:59 of average ice-time. Jokiharju also played 30 games for the Rockford IceHogs in the American Hockey League, recording 17 points (2+15).

“Henri is a young, mobile defenseman who has shown he can compete at the NHL level,” Sabres general manager Jason Botterill said in a team statement. “His international success last season only furthered his development and we are excited to add him to our current group of defensemen.”

The native of Oulu, Finland has alsp played in plenty of international action, taking part in the IIHF World Junior Championship in both 2018 and 2019. This past year, Jokiharju won the gold medal with Finland as they beat the United States in Vancouver, British Columbia. In addition, Jokiharju won the gold medal at the 2019 IIHF World Championship this past May in Slovakia.

Buffalo parted ways with their former first round pick (eighth overall) in the 2016 NHL Draft, who has often been part of criticism by fans for a lack of development. Nylander has played in just 19 games in the NHL over three years for the Sabres, tallying three goals and three assists. The 21-year-old winger often was plagued by injury, but has failed to produce consistently, even in the AHL with the Rochester Americans.