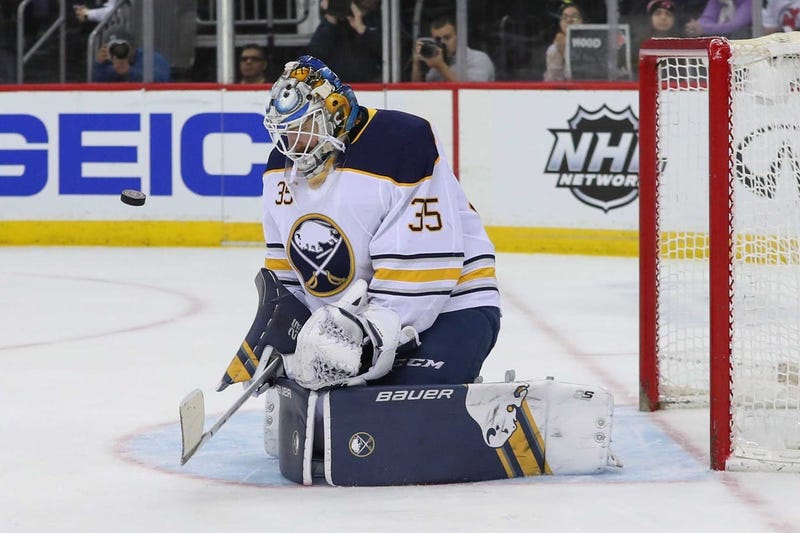 Buffalo, NY (WGR 550) - The Sabres now have all their restricted free agents signed.

Buffalo agreed to terms with Linus Ullmark. The goaltender gets a one-year deal worth $1.325 million dollars.

Ullmark started his season very well last year, but stumbled mightily in the second half. He finished 15-14-5 with a 3.11 goals-against and .905 save percentage. Ullmark just turned 26 at the end of July.

With Lawrence Pilut and Tage Thompson included, Buffalo is now $1,850,524 over the NHL salary cap. That includes 25 players because Pilut and Zach Bogosian will start the season on injured reserve. I did not include Scott Wilson in my cap thinking he may go to Rochester.

There are ways to get out of this. The easiest is send Lawrence Pilut and somebody else to Rochester or only carry 21 players instead of 23.

The next solution would be make a few trades, but it would have to be dollars in and dollars out.

Another solution is the Sabres now get another buyout period. They could buyout Vladimir Sobotka, which would cost Buffalo $1.5 million on the cap this season and $1 million next. That would save them $2 million this season.

Buffalo would save $4 million on this year’s cap buy buying out Zach Bogosian. He would cost them $1,142,857 against the cap this season and $2 million next year. Buffalo could also put Bogosian on long-term IR in which case his salary would not count against the cap.