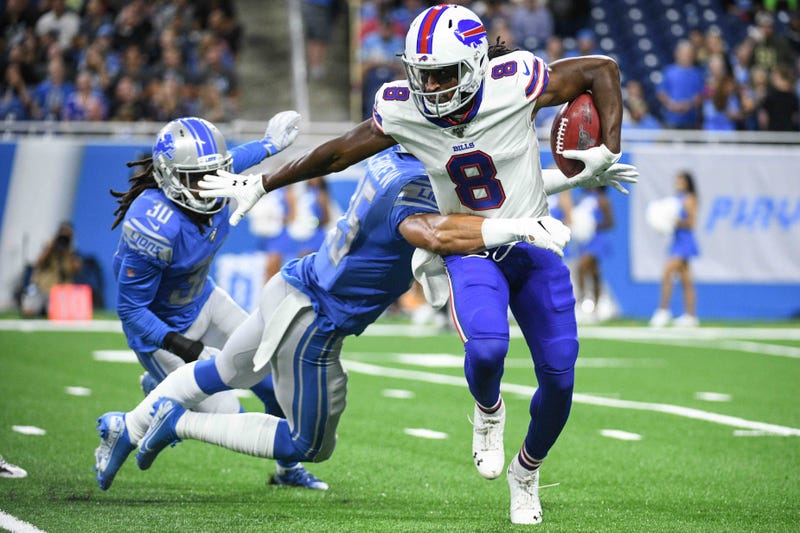 The Buffalo Bills have one final week to evaluate their roster before going from 90 to 53 players. Perhaps the biggest remaining battle features the wide receiver position as three notable pass-catchers are fighting for one or two spots.

Andre Roberts, Isaiah McKenzie, and Duke Williams head into the preseason finale with no guarantees of being in Buffalo when the week is over.

While McKenzie and Williams have flashed in the first three weeks, the punt and kick return ability of Roberts has many vouching for the veteran to be prioritized over the other two.

When deciding who to keep of these three, how much should the return game factor into the evaluation process?

Should Roberts be a lock with his track record as a Pro Bowl return man?

Fans took to Twitter for Monday's late night discussion to give their thoughts:

Late night discussion: Do you believe the #Bills need to keep Andre Roberts over other receivers because of his return ability?

Just a year ago, Andre Roberts represented the AFC in the Pro Bowl as a return specialist after taking both a punt return and kick return to the end zone in 2018.

A group of discussion contributors believe game-changers, even on special teams, should be valued.

Please stop the nonsense. Of course, we have to keep him. Game changers are a valuable asset. Keep him

Without a doubt yes. Win in 3 phases of the game

Roberts has not had over 400 receiving yards since 2014, but some still believe he can contribute on offense too based on his performance during training camp.

Roberts was a pro bowler at a return man last year, and by all accounts has legitimized himself as a quality WR in training camp. They keep him not because of his return ability, but because he’s one of our best WRs all around.

— Sully☘️ (@tysullivan34) August 27, 2019
Worth losing Williams or McKenzie?:
If Roberts doesn't offer production on the offensive side of the ball, is his top-tier return ability enough for fans to potentially lose either or both of Williams and McKenzie?

No. Im not letting Duke or McKenzie walk just over a return specialist. Special teams matters but ill take my chances with the other two. Or keep 7 WRs.

No, most kickoffs sail through the end zone or near the back of it

Many fans don't believe the return game (especially kick returns) is worth losing players that are better options at wide receiver.

I believe the Bills should keep 7 WRs, but if they’re going to keep 6, I think Williams and McKenzie deserve spots on this team no matter what.

Will the Bills keep Andre Roberts? Most likely.

Is hanging on to Duke Williams and Isaiah McKenzie a smarter investment? Yes.

Roberts is a very productive returner. However, the options the Bills have in that area without him, the lack of production on offense over the last five seasons, and the limited opportunities kick returners get during a game make the other two receivers more attractive options.

On offense, Zay Jones and Robert Foster are still surrounded with question marks. To have a few more young, promising options that could turn into reliable targets for Josh Allen is more important than having a great kick returner.