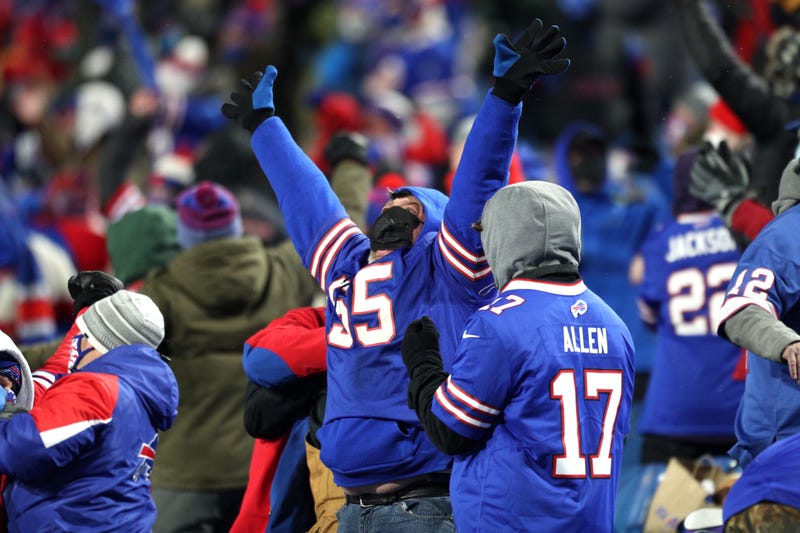 2020 was quite the season for Buffalo Bills fans. It was a lot of fun for people who talk about the Bills for a living too, trust me.

I’m not complaining, because I understand I get paid to watch games for a living, but I would like to point out a bit of a rough stretch for both the Bills and Buffalo Sabres. Perhaps a rough stretch doesn’t do it justice since we're talking about the majority of the 21st century to this point.

The recently completed Bills season was the most fun I’ve had on the job since the back-to-back Eastern Conference Final seasons for the Sabres.

As far as the Bills are concerned, if you were around back then, it probably reminded you of 1988 when you could tell the Bills had put together a special team. There was an AFC East championship and a trip to the AFC Championship Game. Even though 1989 was a step back, your gut instincts proved to be correct by what happened in the early 1990s.

Granted, those teams would turn out to be chock-full of Pro Football Hall of Famers, but this Bills team has the franchise’s best quarterback since Jim Kelly, the best head coach since Marv Levy, the best general manager since Bill Polian and the best assemblage of talent in 30 years.

2020 will be remembered for a number of accomplishments:

The most significant part of the season was the fact that the Bills finally had a real, modern day NFL offense.

The Bills had a quarterback and a passing attack to be feared. The Bills were now at a level where the opponents talked about time of possession, shortening the game and how to keep Josh Allen and company off the field. Opposing fans would know their team can’t settle for field goals. They’d have to score touchdowns to beat the Bills and their high powered offense.

That reminds me of another accomplishment made by the 2020 Bills. They were the first team in franchise history to score more than 500 points in a season.

There was no question what the Bills' game plan was each week, and that was to put the ball in the air and see if the other team was good enough to stop them. The Bills passed to build a lead, and they kept passing to expand the lead.

Why not when you have a quarterback, who surprised everyone around the NFL with such a huge leap in Year 3. Allen has been mentioned in the Most Valuable Player discussion this season with the likes of Patrick Mahomes and Aaron Rodgers.

The Bills became a more aggressive team on offense. They turned into a "go for it on fourth down" team because of the trust factor in the offense, and when you’re that good on that side of the ball, why would you give the ball back to the other team with a punt?

Allen’s ascension was a game changer. He rewrote the Bills' record books when it comes to quarterbacks and passing stats. This ascension took the Bills from a team trending in the right direction, to a team to beat in the division and bonafide Super Bowl contender.

The AFC Championship Game showed they are not in the same tier as the Kansas City Chiefs yet, but no one else in the league has been there over the last two seasons.

No matter how young or old you are, the 2020 season affected everybody.

If you're in the older group, this reminded you of those early 1990s teams when the Bills had an offense that others wished for. They played an exciting, entertaining brand of football, and became a staple of prime-time games because the league wanted to show them off to the nation. Their impact went beyond the football field, as the entire Western New York community would show their Bills pride each week by displaying flags and banners, or wearing Bills gear around the house, at work or at school.

I felt that, and saw that again over the last couple months of this season.

For the younger crowd, you no longer have to hear people tell you what it was like when the Bills were really good. You have now experienced it first hand, and it's just the start. When the Bills beat the Baltimore Ravens and moved within a win of the Super Bowl, my 24-year-old son, Jonathan, turned to me and said he was having a hard time wrapping his head around all of this.

I’m sure many of you have similar stories to share.

If that isn’t enough, I’ll throw in another wonderful byproduct from the 2020 Bills season.

Look at what is going on around the NFL right now. More than half the league, including the other three teams in the AFC East, are trying to figure out what to do at quarterback. Is their guy good enough? Can they make a trade or sign a free agent to upgrade that spot? Is the young guy they have going to get better and establish them as a perennial contender?

You should know all about that, Bills fans, because you lived there for most of the time between Kelly and Allen. Now you don’t have to worry about that.

The offseason is all about what else needs to be added so the 2021 Bills can have the season Bills fans always dream about. The one that ends with the Lombardi Trophy.