Kansas City, Mo. (WGR 550) - The Buffalo Bills went to Kansas City on Sunday and emerged as the leader in the AFC after a 24-20 win over the Chiefs.

Let’s start with the Arrows Up: 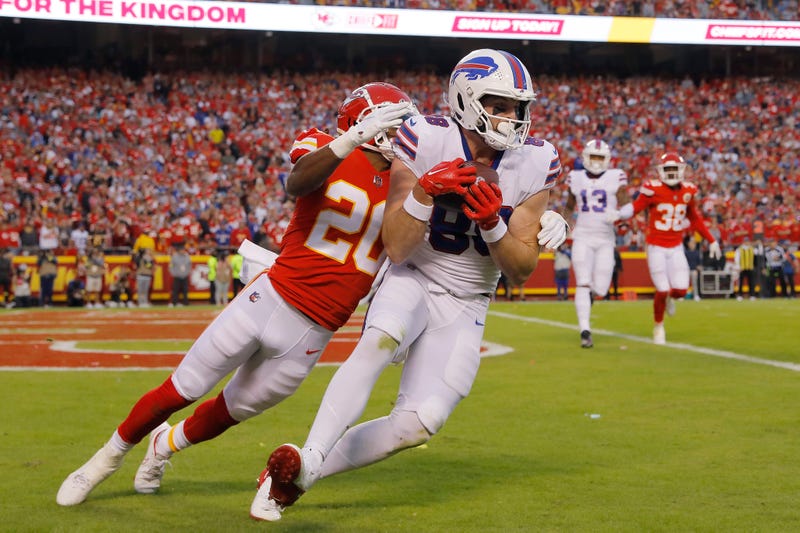 Once again, these two teams gave us a thrilling, back-and-forth game, with two of the best quarterbacks in the NFL battling it out.

It was another heavyweight fight. It was fun, but intense.

Closing the game out

Just a few weeks ago, there was plenty of talk about the Bills being 0-for-their-last-7 in one-score games. Now they’ve won two of those games over the last three weeks, and both by coming from behind in the fourth quarter.

Josh Allen, especially after the first half two-minute warning

With 1:18 left before halftime, the Bills were down 7-3 and faced 3rd-and-13 from their own one-yard line. Starting with that play, Allen completed 13-straight passes and did not have an incompletion until the fourth quarter.

The Bills quarterback was 5-for-5 on that drive and 8-for-8 in the third quarter. That sequence was a huge factor in winning the game.

Miller was signed to close out games like this one. To get a sack in a big situation. He did, twice.

First on 2nd-and-10 with 1:53 left before halftime, the veteran pass rusher sacked Chiefs quarterback Patrick Mahomes for a nine-yard loss that led to the Bills getting the ball back and ultimately scoring a touchdown.

Then he sacked Mahomes on a huge 3rd-and-6 with just over six minutes left in the game, which got the Chiefs off the field and led to the Bills' game-winning touchdown drive.

Diggs had a massive stat line, hauling in 10 catches for 148 yards and a touchdown.

Davis scored his fifth touchdown in two games against the Chiefs, a huge 34-yard strike, finishing with three catches or 74 yards and the score.

Johnson made a terrific play to come up with the game-sealing interception on the Chiefs' final drive. He finished the game with six total tackles, the pick, and a pass breakup.

After the Bills fumbled the ball away in the Chiefs' red zone on their opening drive, the Chiefs drove it down to the Bills' nine-yard line. On 3rd-and-goal, Mahomes scrambled right and lofted a jump ball into the end zone.

The Bills rookie cornerback got up high to grab it and hang on for the interception.

It was a huge play.

The Bills held the Chiefs to just 68 yards on the ground and an average of just 3.8 yards a carry. 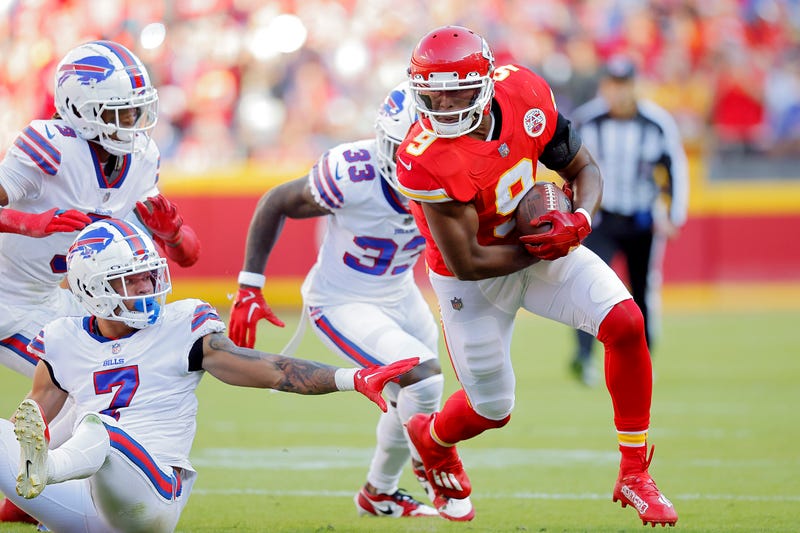 The Bills were just 2-for-4 in the Chiefs' red zone, and had another drive stall at Kansas City’s 21-yard line, one yard away from making it 2-for-5.

The Bills had a terrific opening drive, moving the ball 60 yards in eight plays. But on the ninth play of the drive, Allen tossed the ball backward to Isaiah McKenzie, who wasn’t ready for it.

The ball hit the ground, and the Chiefs recovered, keeping Buffalo off the scoreboard and wasting a great opportunity.

Once again, the Bills had some struggles in short yardage situations, including going just 1-for-3 on fourth downs.

It was eerily reminiscent of the 13 seconds remaining in last season’s AFC Divisional Round. This time, their were 16 seconds left before halftime when Davis scored his touchdown.

This time, the Bills squib-kicked it, as so many wanted them to do in the playoff game. The Chiefs then started with just 12 seconds on the clock from their own 28. From there, Mahomes hit Jerick McKinnon for a big 19-yard gain, then Travis Kelce for another nine yards. Boom!

They were able to then attempt a 62-yard field goal and Harrison Butker nailed it. It was way too similar, and the Bills, once again, didn’t get the stop.

It’s hard to give an Arrow Down for this, because Kelce is so incredibly great, but he ate the Bills up for eight catches and 108 yards, including several catches in critical situations.

Chiefs wide receiver JuJu Smith-Schuster caught five balls for 113 yards and a touchdown, but it was the lack of tackling on him that helped get him to those numbers.

Smith-Schuster had the two longest plays of the game for either team, including a 42-yard catch-and-run touchdown, which should have been stopped well before that ever happened. But three Bills defenders had a shot at him and no one brought him down.

In addition to that play, there were a few others the Bills tackling failed them, allowing the Chiefs bigger plays than they should have had.

The Bills were flagged seven times for 35 yards, while the Chiefs five times for 58 yards. But there was far too much inconsistency from the officiating crew and several debatable calls, some in huge situations that had a big impact on the game at that time.

Photo credit Outlet Liquor
We strive to be a platform where varying opinions may be voiced and heard. The views, thoughts, and opinions expressed by the author(s) of this article and/or by those providing comments are theirs alone, and do not represent those of Audacy, Inc. We are not responsible for any damages or losses arising from this article and/or any comment(s).
Featured Image Photo Credit: Jay Biggerstaff - USA TODAY Sports