The Buffalo Bills got back on the winning track Sunday with a dominating 45-17 win over the New York Jets in New Jersey. That means I get to go back to starting with the Arrows Up for the game 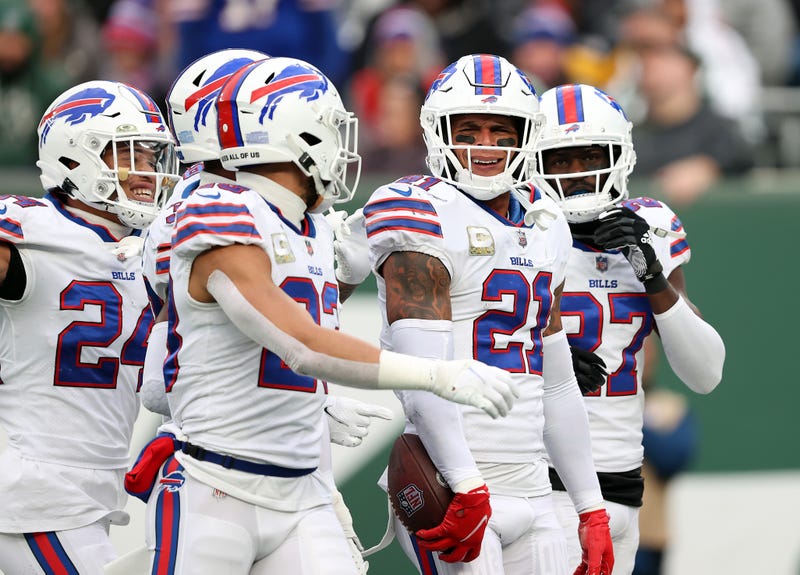 Allen was aggressive and attacking all day long…..and tremendous throwing the football. He finished the game 21-for-28 (75%) for 366 yards, a pair of touchdowns and an interception. It’s the first time in almost two full NFL seasons any NFL QB has averaged at least 13.0 yards per attempt on at least 20 attempts.

Give credit to the Bills offensive coordinator for mixing up personnel, formations, and play-calling and keeping the Jets off-balance all game. Also for continuing to allow Allen do what he does best - attack downfield. The Bills scored on their first two offensive possessions of the first half, and then three straight right after halftime, a sign of a great game plan and also adjustments.

The Bills number-one wideout was exactly that.  He was targeted 13 times, the most since Week 1, and caught 162 yards in passes, fifth-most of his career and his most-ever as a Buffalo Bill.  That included a terrific 12-yard over-the-shoulder touchdown reception.

Speaking of great grabs, Davis had one for 36 yards that he caught after not only being interfered with, but showing great concentration to stick with the ball after it was broken up and popped into the air. He toe-tapped the sideline and was still able to keep his feet inbounds. Davis had only three grabs on the day, but they went for 49, 36, and 20 yards, totaling 105 yards and 35.0 yards per reception.

After being active for the first time since Week 2, Breida rewarded the Bills coaches with their faith in him.  He ran three times for 28 yards (9.3 yards per carry) and a touchdown, and added another three catches for 22 yards and a touchdown.  That’s an offensive day of 6 touches for 50 yards and two TDs.

The Bills had a really good day running the football, using a lot of formation variety and different ball carriers, yet it hardly included Josh Allen at all.  They ran 24 times for 139 yards, averaging 5.8 yards per carry.  They officially had seven different rushers, counting quarterback Davis Webb’s two kneel downs at the end of the game.  Allen only carried it twice for three yards. Breida, Devin Singletary, Zack Moss, Isaiah McKenzie, and Emmanuel Sanders all had at least one run that went for at least nine yards.  Four different players had a rushing touchdown for the first time in franchise history.

After going into the game ranked 20th in the NFL converting only 55.88% of their red zone trips into touchdowns, the Bills scored TDs 6-of-7 times (86%) inside the Jets 20 yard line.  They were also 3-for-3 scoring touchdowns on goal to go situations.

The Bills completely dismantled the Jets in the third quarter. Heading into halftime, the score was 17-3. During the third quarter, the Bills scored three touchdowns, intercepted three passes, outgained New York 204-96, and in a span of six minutes, suddenly it was 38-3 and the game was essentially over.

Every Bills starting defensive back took the ball away.  Taron Johnson, Tre’Davious White, Levi Wallace, and Jordan Poyer all had interceptions, while Micah Hyde forced a fumble.

Poyer led all players on either team with 10 total tackles, also had the interception, and was credited with a QB hurry and two pass breakups.

Filling in for the injured Tremaine Edmunds, Klein was all over the field, collecting 7 total tackles, including two for losses, and added a pass breakup.

Another strong performance by Oliver as he was getting into the backfield quite often.  He was credited with a game-high three quarterback hurries to go along with a tackle and a batted pass.

The Bills came into the game with the best third down defense in the NFL and it continued, holding the Jets to just a 3-for-13 (23.1%) conversion rate.

Bass trotted onto the field seven times to kick the ball for points.  He converted all seven of them - six extra points and a field goal. 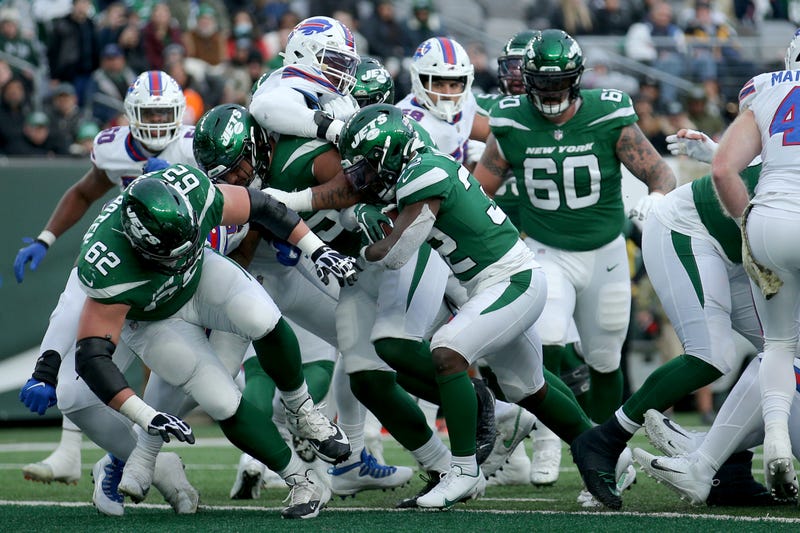 The Bills defense got a bit too loose in the fourth quarter, even before starters began to sit down. They gave up 118 yards, ten first downs, and two touchdowns in the final period.

Doyle came in for one play when left tackle Dion Dawkins got hurt and had to sit out. On that play, he got beat cleanly around the end and Josh Allen got sacked.

Both Devin Singletary an Matt Breida fumbled the ball on routine plays.  Singletary wasn’t even touched, but fortunately got it right back.  The Jets recovered Breida’s cough-up.

Once again, even after Sean McDermott made sure to note they had far too many penalties last week in Jacksonville, flags hurt the Bills.  They were called for seven of them totaling 50 yards.  But three holding calls each wiped out huge gains of 17 (run), 31 (pass), and 25 (pass) yards.  That’s a total of 73 more yards of offense that were negated.

The Jets had only two shots inside the Bills' 20-yard line. They converted both of them into touchdowns.