Foxborough, Mass. (WGR 550) - The Buffalo Bills won their third-straight game to improve to 9-3 on the season with a 24-10 win over the New England Patriots.

With another win, we start again with the Arrows pointing Up: 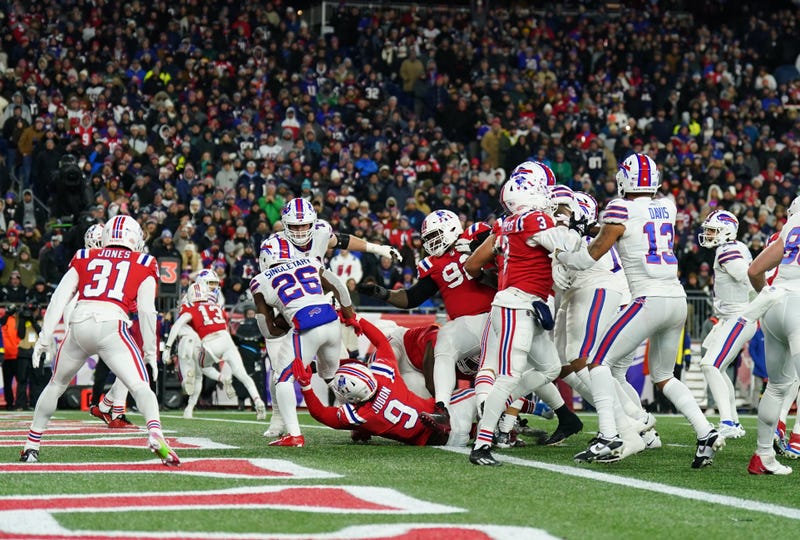 Over a period of 12 days, the Bills had to unexpectedly change locations of a home game, get through 5-6 feet of snow to get out of Buffalo, and get to Detroit, then go back home and back to Detroit again three days later for another game.

They then lost their star pass rusher to a knee injury and their left tackle to an ankle injury, then get back on a plane for a divisional road game in New England.

They did all of that, and won all three games. The organization as a whole deserves a lot of credit.

The Bills offensive coordinator called a terrific game. He knew his left tackle was out and kept the game plan offensive line friendly with shorter throws and a balanced attack.

Rousseau was all over the field in this win.

His stat line shows four tackles, a pass breakup, and a quarterback hurry, but he was far more impactful than that, setting the edge and allowing others to make plays, as well.

The Bills middle linebacker made his presence known in his first game back after missing two contests with an injury. Edmunds was physical all night long and finished with a team-high six tackles.

Cook continues to get better and better, and registered his first 100-yard offensive game, collecting 64 yards rushing and 41 yards receiving. He looked confident, strong, and fast all night long.

Diggs was his usual self, making catches at all levels of the field, especially in critical situations. He finished the night with seven grabs for 92 yards and a touchdown.

Allen’s numbers weren’t off the charts, but he was very smart and efficient, and made big plays when needed. This included a highlight-reel touchdown pass to Gabe Davis in the second quarter.

Both the offensive line and their coach deserve an Arrow Up for the game plan and execution, especially without Dion Dawkins on Allen's blind side.

The Bills were 3-for-3 on converting red zone trips into touchdowns. They’ve now scored on six of their last seven trips inside their opponent's 20-yard line.

The Patriots were only inside the Bills’ 20-yard line one time the entire game. That came towards the end of the game, and the Bills held them to a field goal.

There are too many good numbers for me to write about each category separately, but the Bills defense certainly looked like one of the best in the NFL again. 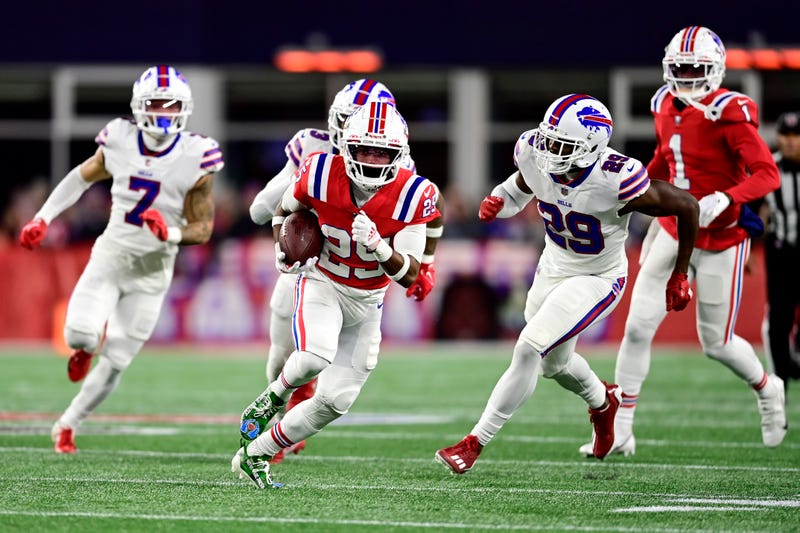 Nyheim Hines (and how he’s used as a running back)

Hines had two rushes for negative-3 yards. Both of them were in the red zone, and given to him in jet sweep situations, behind the line of scrimmage.

The Patriots seemed to expect Hines to get the ball when he was in the game, even focusing on him when he didn’t get it. He didn’t get the job done, but he also needs to be given a better situation to make that happen.

The Bills were penalized six times for 47 yards, but some of them were absolutely huge, including a holding penalty on Tommy Sweeney that cost the offense a long touchdown pass to Stefon Diggs.

Singletary dropped a pass on the very first offensive play of game, and then dropped another one early in the second half.

On top of the two by Singletary, Stefon Diggs and Dawson Knox also dropped passes they should have caught.

The only turnover of the game for the Bills occurred when Allen was scrambling and didn’t protect the ball well enough, coughing it up.

The Patriots' only touchdown came after Marcus Jones caught a pass from Mac Jones and raced 48 yards to the end zone.

The Bills were caught in a nickel corner blitz, and the remaining defenders didn’t do a good job of containing him, allowing Jones to get loose.

Photo credit Outlet Liquor
We strive to be a platform where varying opinions may be voiced and heard. The views, thoughts, and opinions expressed by the author(s) of this article and/or by those providing comments are theirs alone, and do not represent those of Audacy, Inc. We are not responsible for any damages or losses arising from this article and/or any comment(s).
Featured Image Photo Credit: David Butler II - USA TODAY Sports