The Buffalo Bills, once again, bounced back in a big way after a loss this past Sunday with a 31-6 win over the New Orleans Saints on Thanksgiving night.

I get to go back to starting with the good from this win in New Orleans: 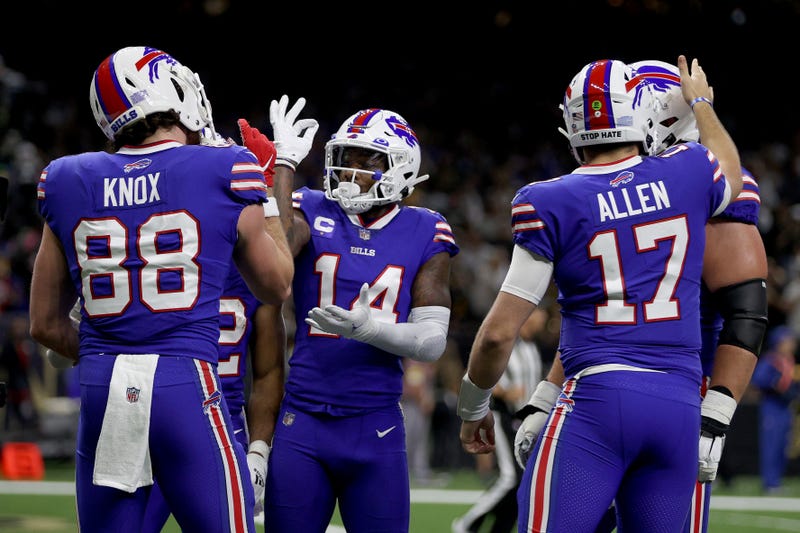 After getting pounded for 264 yards just four days prior, the Bills run defense really stepped up, allowing the Saints just 44 total yards rushing and 1.8 yards per-carry. It's the lowest total of any opponent with 25 or more carries since 2003.

The Bills were called for just four penalties, their lowest total of the season, and for only 35 yards against, their third lowest of 2021.

Allen made one really poor decision/throw all night, resulting in an interception (his second pick was caused by his arm being hit). He finished the game going 23-of-28 (82%!) for 260 yards and four touchdowns. He also ran eight times for 43 yards.

Addison was, arguably, the Bills' best defensive player in the game, collecting four total tackles, including two for loss, a sack, and a quarterback hurry.

Oliver was penetrating and causing problems all night long. He was credited with four total tackles, 0.5 sacks, two quarterback hurries, and a pass breakup.

Seven catches for 74 yards and a touchdown. A solid outing for Diggs, who led all wide receivers on both teams in those categories.

The Bills had seven different players catch passes and six of them had, at least, 29 yards in receptions.

The Bills offensive coordinator had a great game plan to keep the Saints defense off-balance and attack them in a variety of ways.

Use of Matt Breida

Head coach Sean McDermott said on Wednesday that Breida earned more touches, and he got them on Thursday.

The veteran running back carried the ball nine times and catching a pair of passes, including a screen pass that went for a 23-yard touchdown. The numbers weren't overwhelming (26 yards rushing, 29 yards receiving), but the offense clearly had a different element to it.

Two more touchdown catches for Knox, giving him seven for the season, which breaks the franchise record. He finished the game with three catches for 32 yards and the pair of scores.

Third and fourth down offense and defense

First drives of each half

Give both of these players credit for stepping right into regular rotational roles on the defensive line and helping stop the run the way the Bills did. 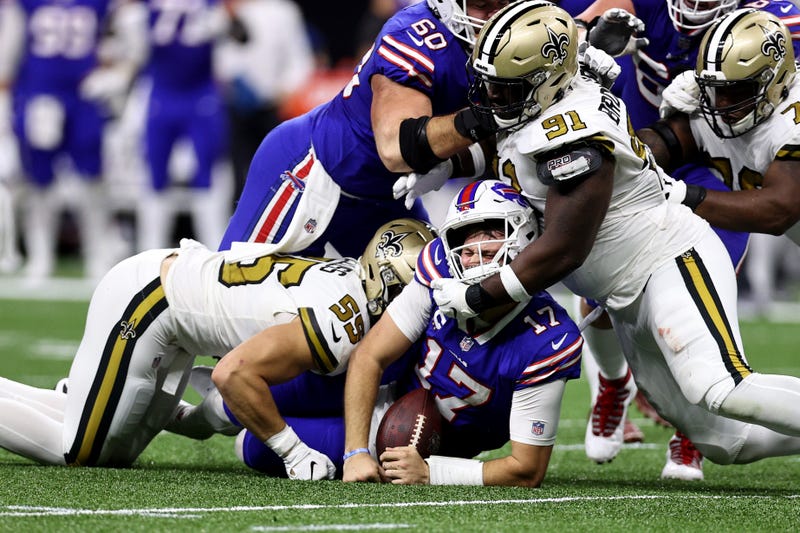 Oliver has to know better. His roughing the passer penalty cost the Bills 15 yards and helped the Saints on their only scoring drive of the night.

Dawkins got beaten several times, including once when Allen was sacked and another that led to Allen’s pass being deflected and ultimately intercepted.

The Bills only cashed in two of their four red zone trips into touchdowns, including getting no points at all after Allen had the ball deflected that became an interception.

I gave Stevenson an Arrow Up for his play overall, but he did briefly muff one punt that he quickly recovered. Not something anyone wants to see in his first NFL game, especially replacing someone who was inactive presumably for that very reason.

End of first half sequence

The Bills completely botched the end of the first half on offense, costing them at least three points and maybe a touchdown.

They had a 2nd-and-1 on the Saints' seven-yard line. The next play was a touchdown pass, but nullified by an ineligible man downfield penalty, then the pass that was tipped and intercepted.

We strive to be a platform where varying opinions may be voiced and heard. The views, thoughts, and opinions expressed by the author(s) of this article and/or by those providing comments are theirs alone, and do not represent those of Audacy, Inc. We are not responsible for any damages or losses arising from this article and/or any comment(s).
Featured Image Photo Credit: Chuck Cook - USA TODAY Sports