The Buffalo Bills head to the bye week after dropping a tough 34-31 contest to the Tennessee Titans on "Monday Night Football" in Nashville.

After Buffalo's second loss of the season, I have to start with the Arrows Down for the first time since the team's Week 1 loss to the Pittsburgh Steelers. 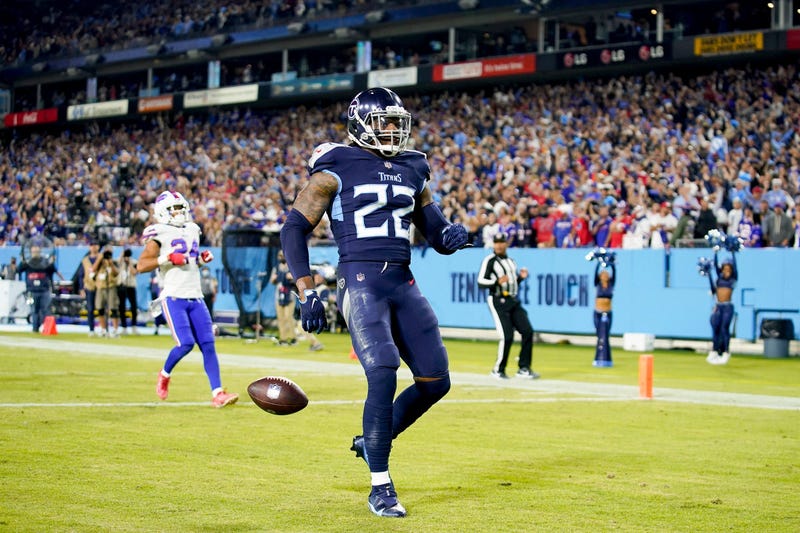 The Bills have struggled in the red zone all season, and it really hurt them in this one.

They only converted two out of their five trips inside the Titans' 20-yard line into touchdowns (40%). They hadn’t played an offense good enough to have it make a difference yet. They did on Monday night. Their first two trips in the red zone resulted in field goals.

Instead of starting the game 14-0 and forcing the Titans to play from behind early, they left the door open all night.

Another week of too many penalties for too many yards.

The Bills were flagged a total of eight times for 60 yards. Some were absolutely huge, including two that wiped out touchdowns.

One of those flags came on a kickoff return that would have given the Bills the lead with just over three minutes left in the game and maybe never even a need that final drive.

The Bills rookie right tackle really struggled in the first half. Offensive coordinator Brian Daboll started adding a tight end in pass protection to help the group overall, but Brown got beaten far too many times.

Bills quarterback Josh Allen was under duress too often. He was sacked three times, but also hurried eight others, including a ball that was eventually intercepted after his arm was hit while throwing.

Titans wide receiver A.J. Brown didn’t catch a pass in the first half. Then Tennessee made an adjustment and threw to him a lot in the second half.

Wallace was often matched up on him. Brown finished the game with seven catches for 91 yards, all after halftime. But Wallace was the defensive back in coverage too often on big catches for the Titans.

The Bills ran the ball 22 times for 82 yards for an average of just 3.6 yards per-carry. They couldn’t get any consistency going in the run game at all. They had one run over seven yards the entire game.

Henry ran for 143 yards and averaged a whopping 7.2 yards per-carry on 20 attempts. The Bills defense did a nice job on him in spurts, but he eventually broke loose on some big gains, including a big-time 76-yard run. He also had runs of 19 and 13 yards.

Tennessee came into the game giving up 20 sacks, the most of any team in the NFL. The Bills had sacked opposing quarterbacks 14 times, tied for fifth-most.

Yet, Buffalo didn’t get Titans quarterback Ryan Tannehill down once all night. He scrambled several times and got rid of the ball quickly other times, but no sacks in 29 attempts against that team is a bad recipe and was a big issue.

Not getting off the field

The Titans didn’t punt once after their second drive of the game. Starting with their fourth possession, their last six drives all ended in scores (four touchdowns, two field goals), outside of kneel downs at the end of each half.

It took the Bills until the second half - more specifically after the Titans lost a couple cornerbacks and had more backups playing - to consistently attack them downfield.

Tennessee came into the game as one of the 10-worst teams in the NFL in most passing categories and defense. It seemed like a perfect opportunity to attack them with the vertical passing game, and the Bills did. But not early or often enough. 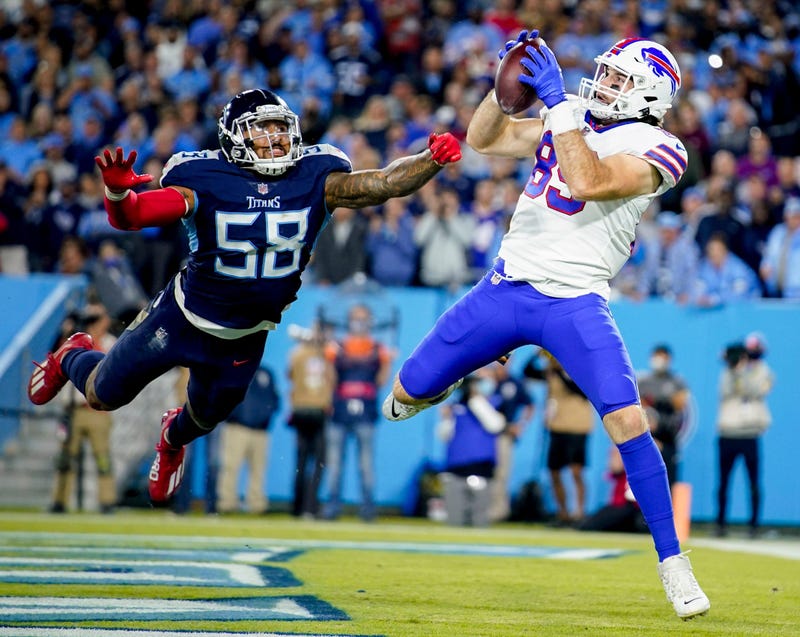 Allen started the night five for his first five pass attempts, and ended by going 35-of-47 (74.4%) for 353 yards and three touchdowns. He made a few more highlight reel passes, as well.

He also ran nine times for 26 yards and caught a two-point conversion.

The Bills' three main wideouts all had really good numbers on Monday night.

Stefon Diggs tied for his most receptions of the season and finished with his second-biggest yardage total, catching nine passes for 89 yards and a touchdown. He was clutch for Allen and the offense on several big plays when they needed a first down.

Cole Beasley caught seven passes for 88 yards and finished with his highest average of the season at 12.6 per-reception.

Sweeney caught his first-ever NFL touchdown on a one-yard pass form Allen, and it wasn’t an easy one. Allen rifled it into a very tight window with not much time for Sweeney to react.

Once again, Bass was terrific, converting all three of his field goal attempts, including a 52-yarder, and both of his extra point chances. He also did a great job of kicking the ball short on every kickoff and allowing the coverage unit to make the tackle on the returner quickly, clearly by design.

Offensive coordinator Brian Daboll dialed up the trick play for the Bills' only two-point conversion attempt and they executed it perfectly. It was Dawson Knox hitting Allen on a pass after Isaiah McKenzie flipped it to him before the pass.