Welcome to Audacy Sports' countdown of the top-10 wide receivers for the 2022 NFL season.

Before we get to our countdown, here are a couple notes of what went into creating this list:

-There was a heavy focus on how these wide receivers performed in the last two seasons, and trying to form a projection of what that will mean for 2022.

- DeAndre Hopkins was No. 1 a year ago and would have made this list if he wasn't set to serve a six-game PED suspension to begin the season.

- Since winning the 2019 Offensive Player of the Year Award, Michael Thomas has played in just seven games, none of which came in 2021. He'll need to prove he can stay healthy -- and thrive post Drew Brees/Sean Payton -- before getting back onto this list.

With all that acknowledged, here are the top-10 wide receivers for 2022: 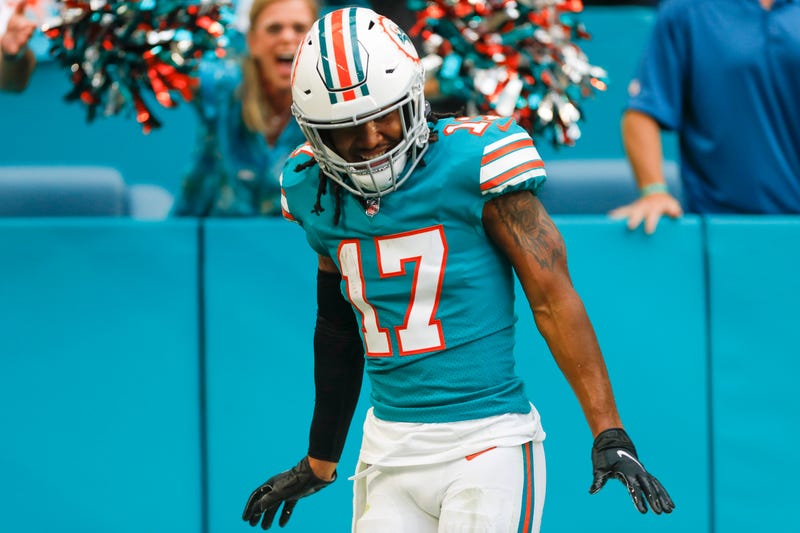 Even without consistent quarterback play, Waddle had a monster rookie season, catching 104 passes for 1,015 yards and seven total touchdowns.

We'll see if his volume decreases with the additions of Tyreek Hill and Cedrick Wilson, but Waddle should continue to emerge as one of the sport's most dynamic players in his first year playing in Mike McDaniel's system. 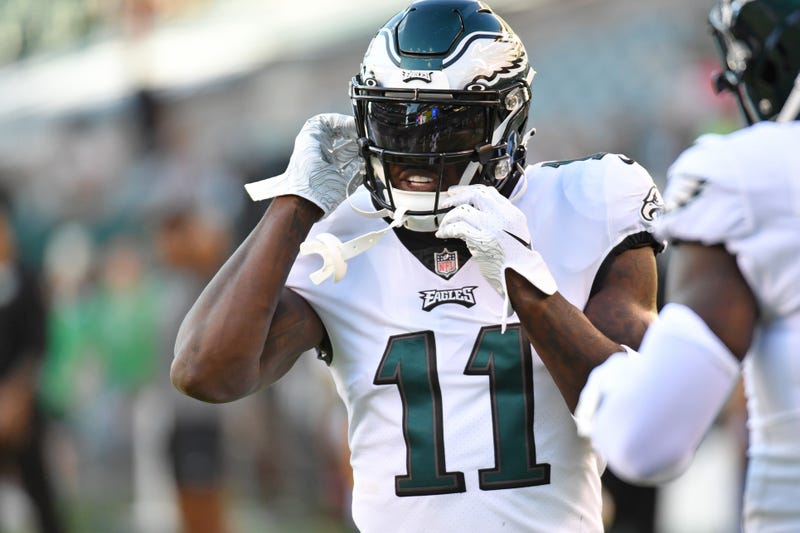 Brown caught 185 passes for 2,995 yards and 24 touchdowns in three seasons with the Tennessee Titans, which led to the Eagles trading the No. 18 overall pick in the NFL Draft for him. On the way in the door, Brown signed a four-year, $100 million deal with more than $57 million guaranteed.

As he teams up with DeVonta Smith and Dallas Goedert, the Eagles have set Jalen Hurts up to take a major step forward in his third season. 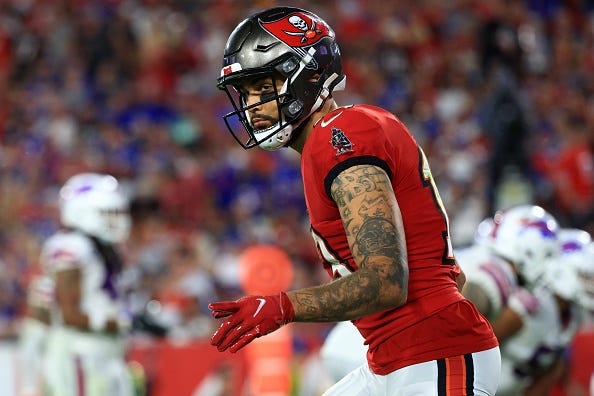 Still only 28, Evans has had 1,000 or more receiving yards in all eight of his NFL seasons, putting him on track for Canton.

Rob Gronkowski retired, Chris Godwin is still working his way back from a torn ACL, and Tom Brady will have limited reps with Russell Gage and Julio Jones before Week 1. Evans - who has 27 touchdowns in two seasons with Brady - should get off to a quick start in 2022. 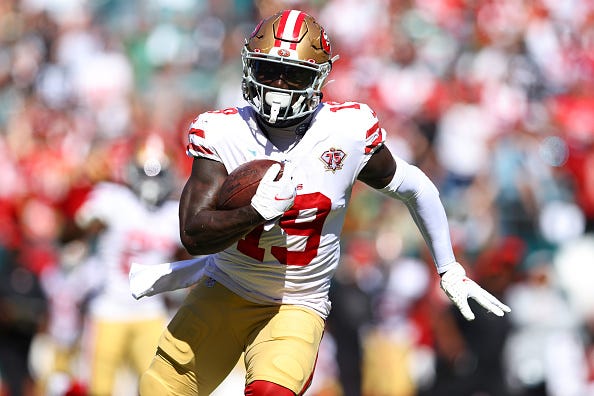 Samuel exploded in his third season under Kyle Shanahan, catching 77 passes for 1,405 yards, while rushing 365 yards as well.

After scoring 14 touchdowns in an All-Pro season, it was something of a tumultuous offseason for Samuel. The 26-year-old ultimately worked things out with the 49ers, agreeing to a three-year, $71.55 million deal, which includes $58.1 million in guarantees. 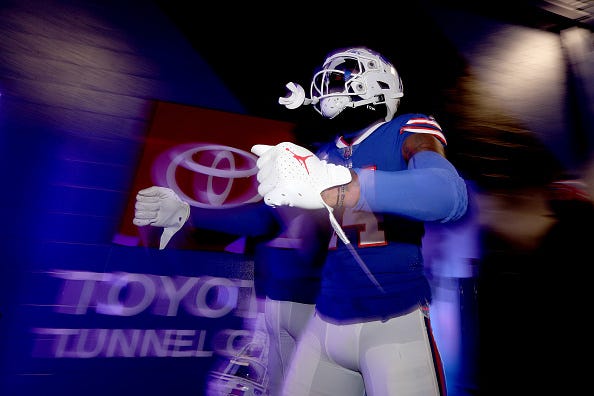 After flashing superstar potential in Minnesota for five seasons, Diggs has 230 receptions for 2,760 yards and 18 touchdowns in two seasons with the Bills.

Offensive coordinator Brian Daboll left to become the head coach of the New York Giants, but the guess here is Diggs and Josh Allen will continue to make beautiful music together. 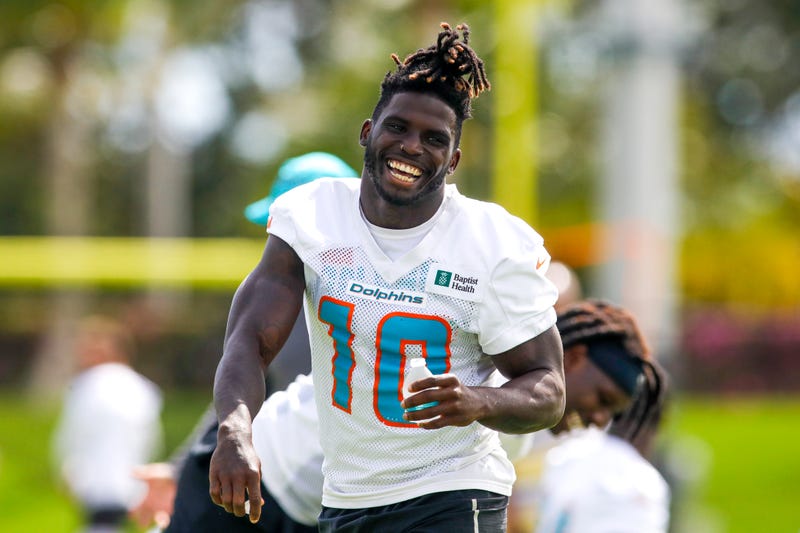 Hill was excellent with Alex Smith and Patrick Mahomes in Kansas City, so we have no reason to believe he won't do the same in Miami with Tua Tagovailoa, who he's been very complimentary of since his offseason trade to the Dolphins.

Hill is no longer in Andy Reid's offense, but Mike McDaniel is considered one of the best young minds in the sport, and Hill will have plenty of other targets in Miami to take pressure off of him. 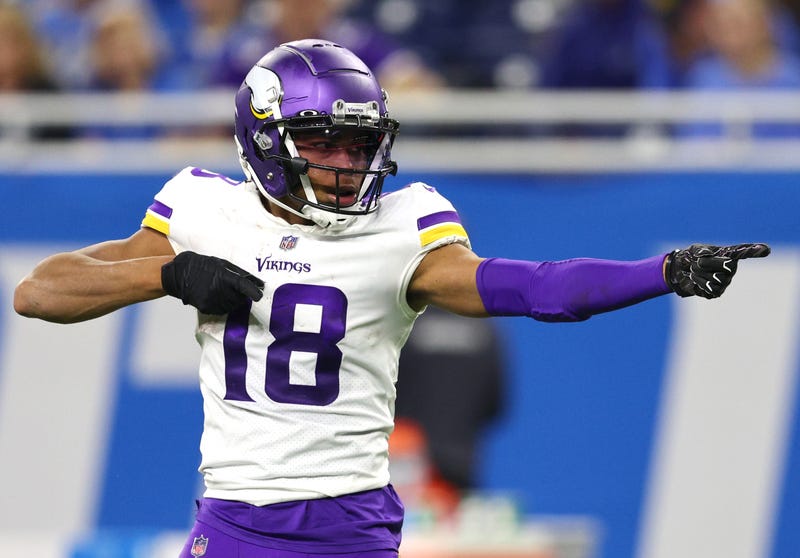 It's hard to remember a player that's had a better start statistically to their career than Jefferson, who has 196 catches for 3,016 yards and 17 touchdowns.

What's scary is that he's now got an offensive-minded head coach in the form of Kevin O'Connell, so Jefferson will likely be in the top-five of this list for many years to come. 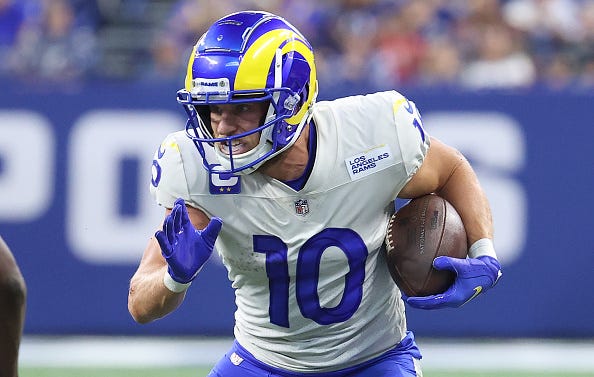 As long as Matthew Stafford is healthy, Kupp could very well be an All-Pro for the second season in-a-row. 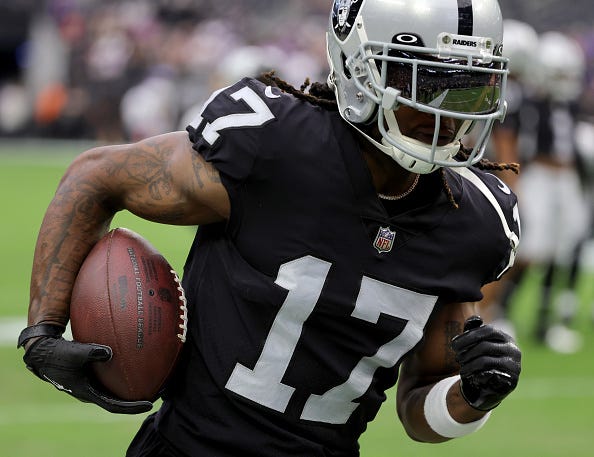 Adams and Aaron Rodgers had other-worldly chemistry, but we don't expect much of a drop off as he reunites with his college quarterback, Derek Carr.

One of the greatest route runners in NFL history, Adams will have a legitimate Hall of Fame case with a couple more elite seasons. 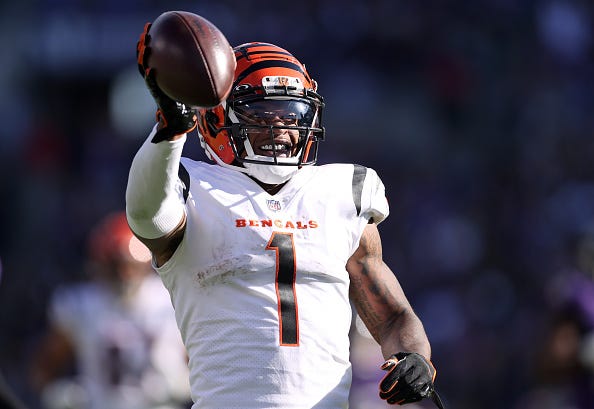 It's not too early to crown Chase.

After the Bengals used the No. 5 overall pick to reunite Chase with Joe Burrow, he didn't disappoint, catching 81 passes for 1,455 yards and 13 touchdowns.

If he and Burrow were able to lead the Bengals to a Super Bowl appearance, imagine what they'll be capable of with a drastically improved offensive line.