Buffalo N.Y. (WGR 550) - After a much-needed bye week following one of the biggest wins of the season against the Kansas City Chiefs, the Buffalo Bills return home for a “Sunday Night Football” matchup against the Green Bay Packers at Highmark Stadium.

While the Bills are sitting pretty in the AFC standings, holding on to the No. 1 seed with a 5-1 record, it's been quite the opposite story for a Packers team this season that has rarely had seasons of strife in recent memory.

After a 3-1 start to the season, Green Bay has lost three-straight games, including games to the New York Giants, New York Jets and Washington Commanders to fall to 3-4 on the year.

Despite the tough start in Green Bay, they still have Aaron Rodgers under center, as the reigning NFL MVP for two years straight will still present a challenge for the Bills and head coach Sean McDermott.

Heading into the Bills' Week 8 matchup, this has been the healthiest the team has been since the start of the season. In fact, during his weekly appearance on the "Extra Point Show" on WGR, McDermott confirmed only one player will miss Sunday's contest due to injury, and that's right tackle Spencer Brown with an ankle injury.

That means offseason addition David Quessenberry will get the start in Brown's place on Sunday. 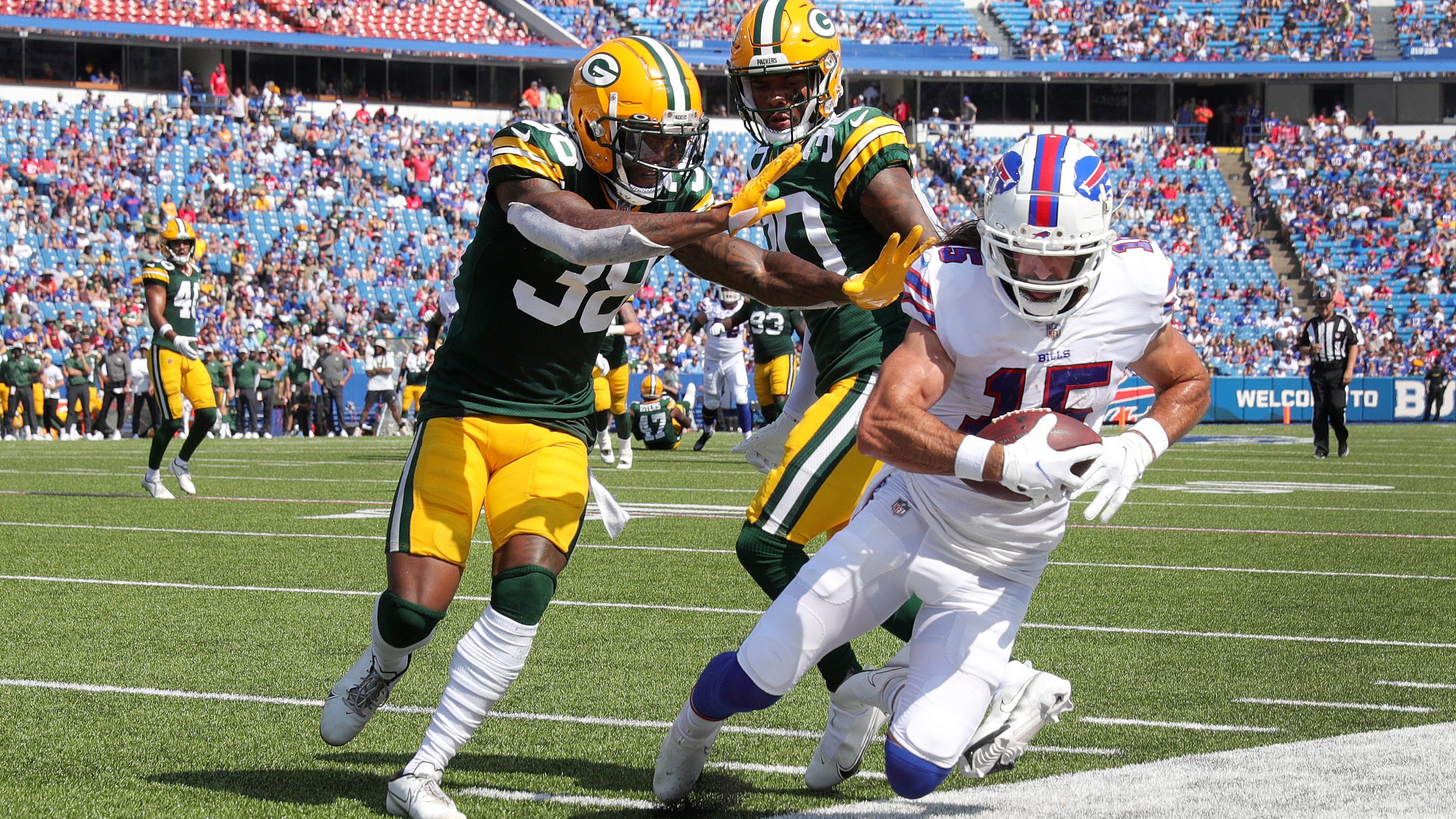 Bills as healthy as can be in weeks

In addition, All-Pro cornerback Tre’Davious White will not be playing on Sunday, as he continues to make progress coming back from a torn ACL he suffered on Thanksgiving night last season. Although White has not been back on the field for game action just yet, he's brought new life to practices since having his activation window opened from the Physically Unable to Perform (PUP) list.

“'Tre' brings a certain level of energy to our team. It’s great to have him back out there,” McDermott said with Sal Capaccio and Joe DiBiase on WGR.

With the NFL Trade Deadline coming up on Tuesday, it will be interesting to see if the Bills make any moves to add to the roster going forward. The team had been rumored in trade talks to acquire running back Christian McCaffrey from the Carolina Panthers, but did not pull the trigger on a deal.

McDermott says the team looks at where it is at personnel-wise, and will share any concerns moving forward with general manager Brandon Beane.

This is only the second time the Bills under McDermott will be facing the Packers, with the first time coming back in Josh Allen's rookie season. That contest ended in a 22-0 loss for the Bills at Lambeau Field in Green Bay.

Prior to that 2018 matchup, McDermott had gone up against Rodgers a number of times as defensive coordinator with both the Panthers and Philadelphia Eagles. The Bills head coach has a great deal of respect for Rodgers, despite this season's struggles.

“He’s a great quarterback now. He was good on his way to becoming a great quarterback then," McDermott said. "My hat goes off to a guy that had to stay patient and continue to work, and had the career that he has had. He’ll be a Hall-of-Famer, we all know that.”

Hear more of McDermott's conversation during the "Extra Point Show" in the player below: