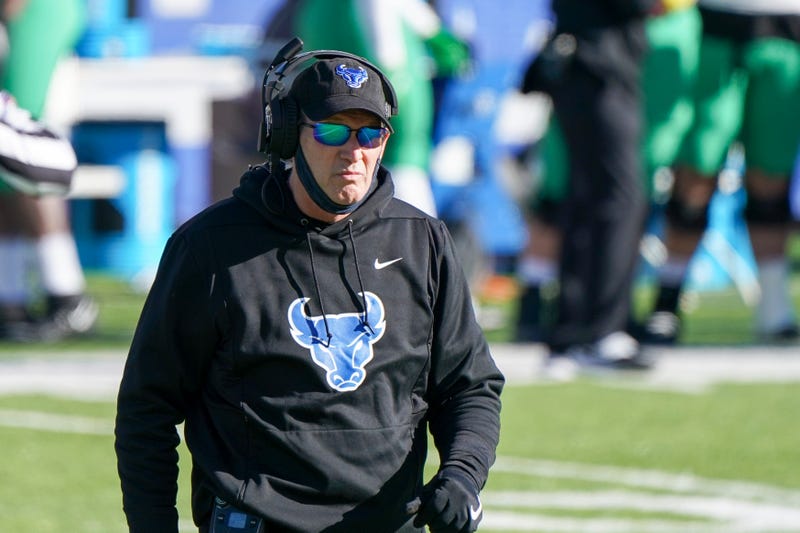 Perhaps the most successful head coach in the modern era of University at Buffalo football is heading west.

The UB Bulls confirmed on Friday that football head coach Lance Leipold has resigned from his position with the program and has agreed to become the next head coach of the University of Kansas Jayhawks.

"I can't thank Lance enough for everything he has done for our football program," UB Athletic Director, Mark Alnutt said in a statement. "His vision and leadership helped elevate the UB football brand. We are grateful for what Lance has done here and we wish him and his family all the best as they embark on this new journey.

"Since entering the FBS ranks in 1999, the UB football program continues to rise to unprecedented heights. From bowl victories to top NFL Draft picks, UB has established itself as one of the top programs in not only the Mid-American Conference, but the entire Group of Five. With our success on the field as well as facilities rivaling some of the best in the country, we know we are an attractive coaching destination and look forward to selecting the next leader of our football program."

Leipold joins a Kansas program that went 0-9 in the 2020 season under the tutelage of former LSU head coach Les Miles.

The Jayhawks have not had a winning season in Lawrence since the 2008 season when Mark Mangino was still the head coach. Since 2008, Kansas has put together a combined overall record of 26-115, while going an abysmal 7-98 in conference play in the Big 12.

It is the second time the Bulls have lost a successful head coach with the program to Kansas, as Turner Gill left Buffalo for Lawrence following the 2009 season. In just two seasons as head coach of the Jayhawks, Gill led the program to just a 5-19 record in 24 games.

The program says their search for Leipold's replacement will commence immediately.