Buffalo, N.Y. (WGR 550) – The Buffalo Sabres went to 3-1-0 in the preseason on Saturday, but the star of the show was goalie Ukko-Pekka Luukkonen, who made 32 saves in beating the Pittsburgh Penguins, 3-1. 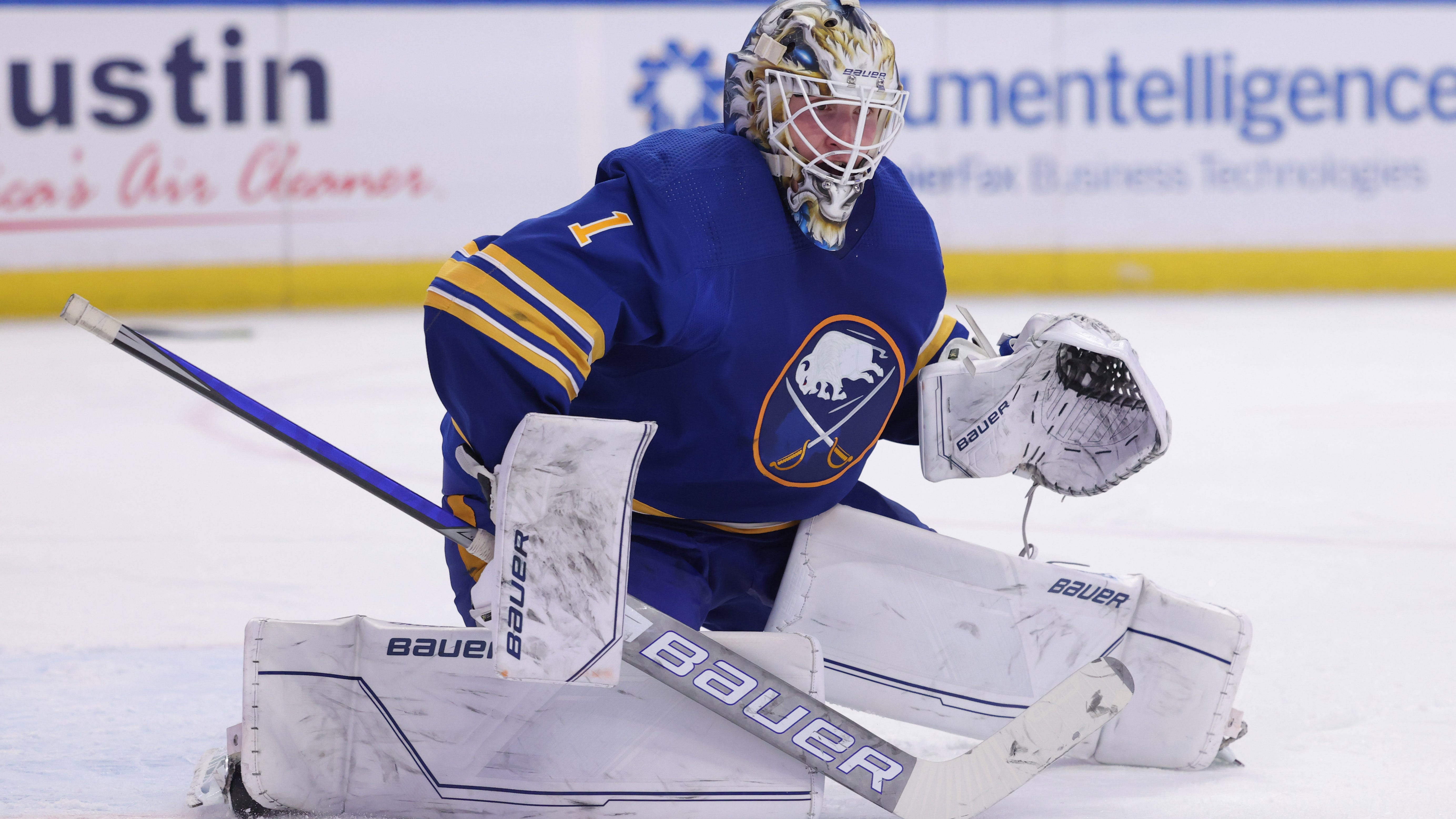 Sabres' Luukkonen was dominant in win over the Penguins.

I can see vast improvement in Luukkonen’s game, as he made quite a few spectacular saves on Saturday afternoon.

It started with former Sabres winger Drake Caggiula coming through the left circle and Luukkonen, coming out on his angle, gave Caggiula nothing to shoot at.

Luukkonen spent the whole game challenging the Penguins' shooters, as Pittsburgh had 11 shots in each period.

There seems to be a huge improvement in another thing that Luukkonen does: He now fights for his ice. Head coach Don Granato says Luukkonen went home this summer and got himself in much better condition, and he can see it in his goalie’s practices. With that, he moves around better, but he also worked on finding pucks through traffic. He gets into the high traffic areas around his crease, and battles to see the puck.

“It’s something that I’ve been building on the last three years, as I’ve been in the U.S. playing in Rochester or here," Luukkonen said during his postgame comments. "You realize how important it is to see the puck all the time, because their can be a rebound or a bounce. That’s something I’ve worked on, and it’s one of the things I’ve improved from the Washington [Capitals] game too. I talked to 'Bailsie' [Mike Bales] after the game, so I’m happy I could see things during the game.”

If Luukkonen doesn’t play in the last two preseason games, he’ll finish 2-0-0 with a 2.00 goals-against average and a .933 save percentage. My educated guess is Craig Anderson and Eric Comrie will play in the final two games.

For the last two games, Jack Quinn has been Buffalo’s best forward. He’s tied with Dylan Cozens and Chase Priske for the team’s preseason scoring lead. Quinn scored the empty netter to seal the game on Saturday, and scored with 1:05 left in the Capitals game to send it to overtime.

Quinn has two goals and an assist in three preseason games.

The 21-year-old and the whole team played poorly in the first period in Columbus on Wednesday, but he started skating and dictating play the last five periods he's played.

“It was a bit of a slow start, but once I felt my legs, we were pretty good,” said Quinn after the win.

Quinn had a brilliant regular season last year for the Rochester Americans, but in the playoffs, he was targeted and didn't score in three rounds of play. This year, he likely will make the Sabres' opening roster.

“I just think I have a bit of my swagger back, and am feeling good about my game, making plays,” Quinn said.

Quinn looked great playing on the left wing with Tage Thompson and Victor Olofsson. All three players scored, and they had five points as a line.

As expected, the Sabres adjusted their roster following the game.

We've made a number of roster moves.