(WGR 550) – Despite using their fifth and sixth goalies, you can’t say the Buffalo Sabres haven’t gotten good goaltending since Ukko-Pekka Luukkonen got hurt.

Aaron Dell performed very well in a win over the Nashville Predators and in two losses against the Detroit Red Wings.

It was Michael Houser's turn to step into the crease on Tuesday, and he made 43 saves en route to beating the Ottawa Senators, 3-1. 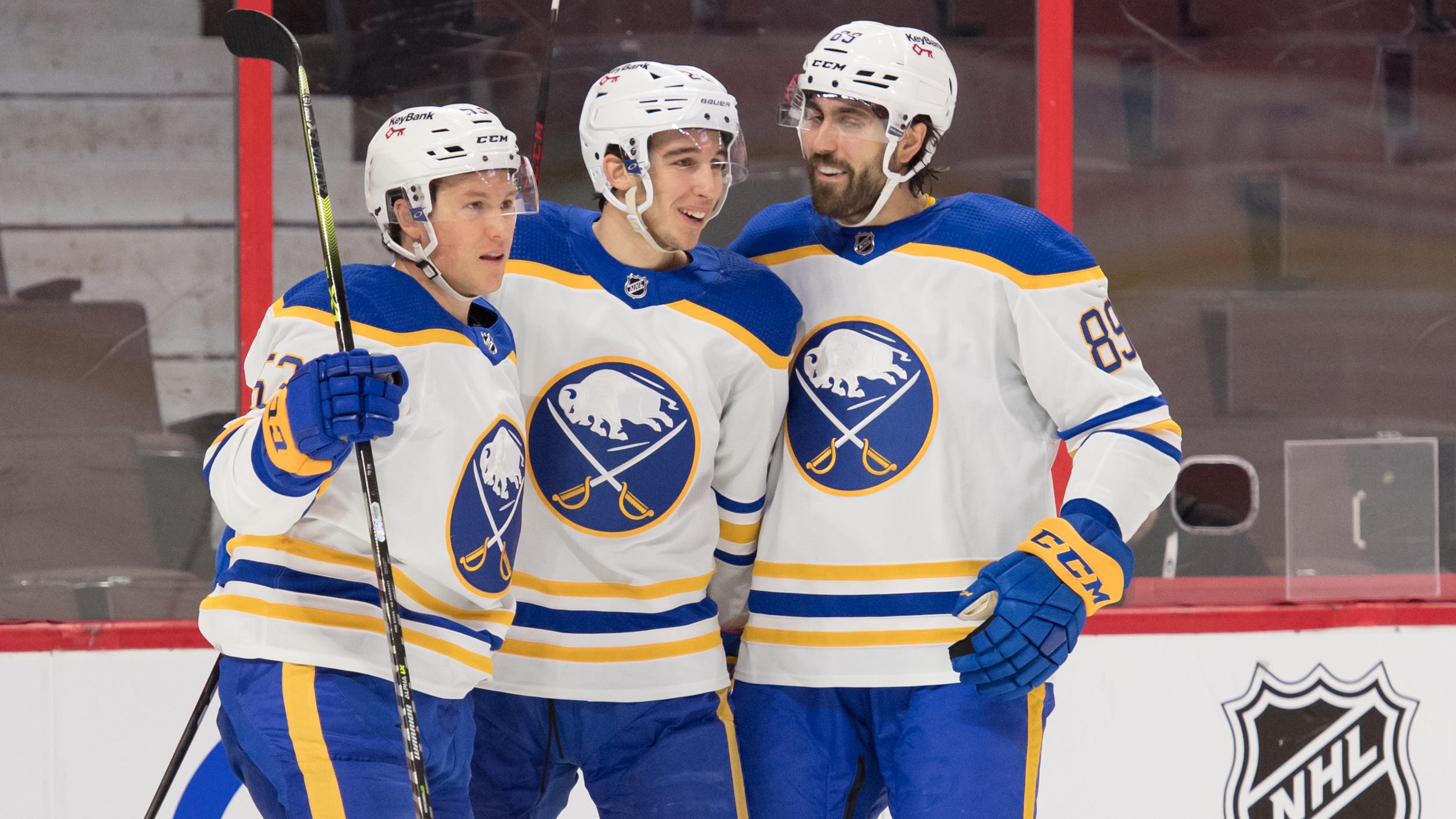 Buffalo has now picked up points in six of eight road games going 4-2-2.

Houser had to be on his game right out of the chute, as he stopped Alex Formenton on a breakaway and also robbed Tim Stützle on the rebound.

For 40 minutes, the Sabres had trouble with Ottawa’s pressure, but Dylan Cozens surprised Anton Forsberg with a shot from the right circle to give Buffalo the lead.

In the second period, Mark Jankowski fed Alex Tuch at the side of the net and he almost made it 2-0 with a shorthanded goal. Unfortunately for Houser, Ottawa got the puck up ice and Drake Batherson converted his own rebound to tie the game.

Houser made 33 saves through 40 minutes, but unlike Monday, this was not a game where the Sabres panicked in the third period.

All of a sudden, the Sabres started creating chances on Forsberg and outplaying the Senators. Craig Rivet tweeted during the game that good things happen when the boys stick up for each other, and it was so true.

Good things happen when the boys stick up for each other!!@TheInstigator76 @Giostyle21

In the first period, Brady Tkachuk went for the head of Will Butcher and ripped his helmet off. John Hayden showed up immediately to take on the Senators' captain. Hayden got a two-minute instigator penalty, but who cares? That’s a penalty you kill off and gain momentum from the situation.

Right before Buffalo scored the game-winning goal in the third, Erik Brannstrom pile drove Kyle Okposo into the boards in front of the Ottawa bench. Mark Pysyk immediately jumped Brannstrom and a huge shemozzle broke out.

Jankowski was deep in the Ottawa zone, and when Josh Brown started out of the zone, it was two Senators coming up ice against no Sabres players other than Houser. Jankowski lifted Brown’s stick from behind, walked in on Forsberg and scored.

“I was forechecking, so I didn’t really see what was going on until I turned up and saw the whole thing at the bench there," Jankowski said of his goal following the win. "Me and their [defensemen] were just gliding up for a bit, and I didn’t hear them blow a whistle. So I was thinking I’m going to see if I can get this, and I just lifted his stick and took it. Luckily they didn’t blow the whistle.”

They actually should’ve blown the whistle, because Ottawa had six men on the ice, but the refs didn’t see it.

Unfortunately, Okposo had to leave the game, and with his past concussion history, head coach Don Granato said there is concern.

Tuch put the game away, scoring into the empty net, giving him seven points in seven games with the Sabres.

Thomas Chabot led everybody with 30:41 of ice-time, but Buffalo’s leader was a surprise.

In just his second NHL game this season, Mattias Samuelsson was fantastic. The 21-year-old led the Sabres in ice-time with 22:01 of work.

“There’s good reason to put trust in him," Granato said following the win. "You see his size and strength and athleticism, and he’s an intelligent player that makes good reads and makes the game look simple. But Mattias did a very nice job, and we have no problem putting him out there. Plus, he’s such an efficient skater too."

I’ve been saying since the Sabres Prospects Challenge that Samuelsson should be part of this defense, but he got hurt and missed training camp.

Now, his Rochester days should be over. He needs to be one of the six defensemen dressed with the Sabres every night.

Jacob Bryson isn’t waiver exempt, so if they have to waive Butcher, then do it. They could also trade Colin Miller or Robert Hagg, as they’re playing on expiring contracts and will be unrestricted free agents next year.

The team will get Wednesday off and then host the Dallas Stars on Thursday.