Buffalo, N.Y. (WGR 550) – Buffalo Sabres general manager Kevyn Adams was in studio on Monday, as he joined the "Howard and Jeremy Show" on WGR. Adams covered many different topics during his interview with Jeremy White and Joe DiBiase, including analytics.

Last year, Sam Ventura was hired as Vice President of Hockey Strategy and Research. He and his staff are in charge of analytics for the team.

“I think if you ignore data and ignore what actually is factually happening on the ice, you’re doing yourself a disservice," explained Adams on Monday. "For me, in my chair, you’re balancing that. You’re taking in the data, you're figuring out what’s fact, you’re listening to the scouts and you come up with a process to making the best decisions.” 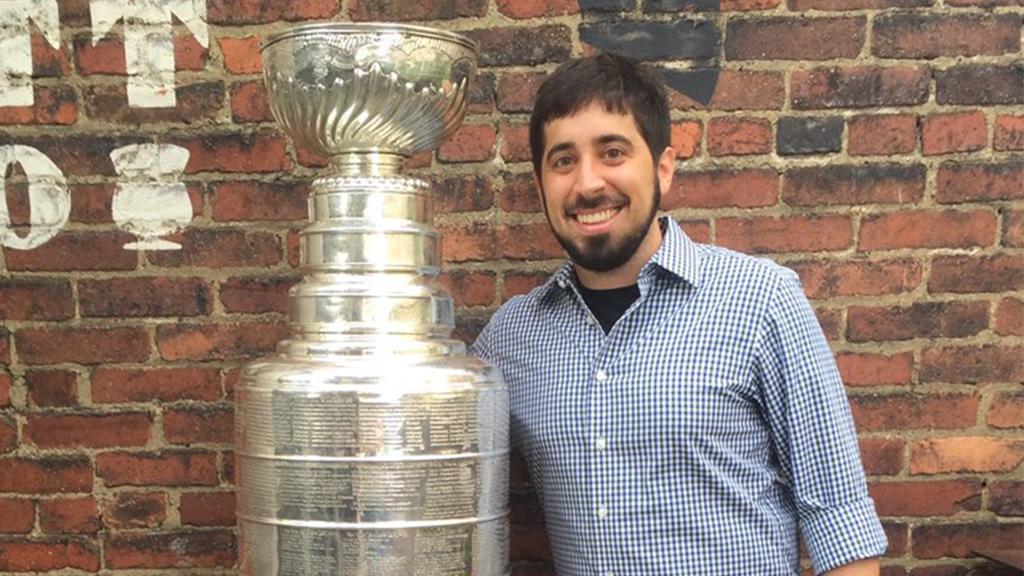 Adams says your head can start spinning with too much information, so he does his best to try and keep things simple.

“What I ask of that group is tell me what matters most," he said. "A player may look bad or good with certain analytics, but that might not be what really matters. Does it match what I see? Even last week at our exit meetings, and Sam gave a presentation, there were some areas in front of the whole coaching staff where I loved it, because a couple of things that didn’t come up great on the data, right away 'Donny' [Don Granato] said, ‘Nope, there’s a reason for that. Here’s what it is, and it’s because of our system. This is what we’re asking players to do.' That translates into the data not looking as good.”

Jack Quinn had a phenomenal season with the Rochester Americans this season, netting 26 goals and 35 assists for 61 points in just 45 games. Quinn has not done well with the end of the season grind or the Calder Cup Playoffs, where he’s gone pointless in two games.

Quinn had two points in the season finale against the Comets, but Utica was just playing out the season. That’s the only game Quinn has scored in over his last 10 games. He’s only scored in two of his last 15 games.

“One of the most important things we looked at is we felt physically, he was just scratching the surface, and he still is," Adams said of the 20-year-old. "He’s still just growing into his body, but he is very self-aware. He’s very motivated, and he has an incredible appetite to learn and get better. A player like Jack physically is just starting to come, and that’s exciting.”

The conversation then turned to goaltending, and Adams says it’s an exciting conversation with Ukko-Pekka Luukkonen, Devon Levi and Erik Portillo in the fold.

“When I look at the bigger picture, I think that we have answers internally," Adams said. "'UPL' is a big, athletic goaltender who played very well when he was up with us. There’s been some inconsistency in Rochester, but that’s to be expected. He played very strong hockey down the stretch.

“With Devon Levi, a really impressive season in college hockey. Remarkable maturity, the way he approaches the game; even his decision to go back and play next year, I found his answer was spot on with the type of people we want in the organization. He said to me, 'I won the Richter Award as the best goaltender in college hockey, and I want to feel that pressure of what it’s like to have everybody look at me as the best goalie in the country, and the expectations on me.'”

As for Portillo, as well as University of Minnesota defensemen Ryan Johnson, they can become unrestricted free agents if they’re not signed to their entry-level contract by next summer.

“You do know that if there’s a player playing college hockey and they decide they do want to go that route, they have that ability to do that. I wouldn’t say I worry about it, but you talk about it and you make sure you have conversations and ultimately be honest. Here’s where we see you fitting in, and you go from there,” Adams said.

With regards to Johnson, Adams says he’s made it clear to Johnson that just because he’s a left-shot defenseman, it doesn’t mean there’s not a place for him with the organization.

So what’s the plan for this Sabres team heading into another offseason?

“You can’t fast-forward. You have to go through the process," Adams said in closing. "I’m so excited about the guys in Rochester getting a chance to play in the playoffs. We want to put the young players in position next year to keep growing, and keep getting better. We feel if we continue to get better, then it all takes care of itself.”

The Amerks open their best-of-five series against the Comets in Utica on Tuesday.