Buffalo gets their own pick at No. 9 overall, as well as first-round picks from the Vegas Golden Knights (16th overall) and Florida Panthers (28th overall) in the Jack Eichel and Sam Reinhart trades.

Sabres' Director of Amateur Scouting, Jerry Forton says he sees this draft as being a good one.

“I think it’s a very good draft," he said on Thursday during his pre-draft press conference with general manager Kevyn Adams. "I think we’ll get a really good player at nine, if we pick at nine, and we may get surprised at who is there and we’re planning for that. But I actually think the top-six or seven, you can almost check them right off. I do think there’s a group right after that there’s a chance that you’re getting just as good of a player at nine as you’re getting at four or five, so we’re really excited about a group of players in that range. If you ever get higher in the draft, that’s a great thing to do from my perspective, but I think it’s pretty deep right down to 20 or 25.”

That brings up the point of does the NHL have a formula like the NFL does for what it will take to move up in a draft. Adams says they do.

“Sam Ventura [Vice President of Hockey Strategy] and his group has that, and every team has their own," he said during Thursday's pre-draft press conference. "They might not agree with you, but going back when we were able to get JJ Peterka, we were going through pick-after-pick-after-pick to try to find a way to move up to get JJ, and that wasn’t easy. But you went off the formula, so that’s what we use.” 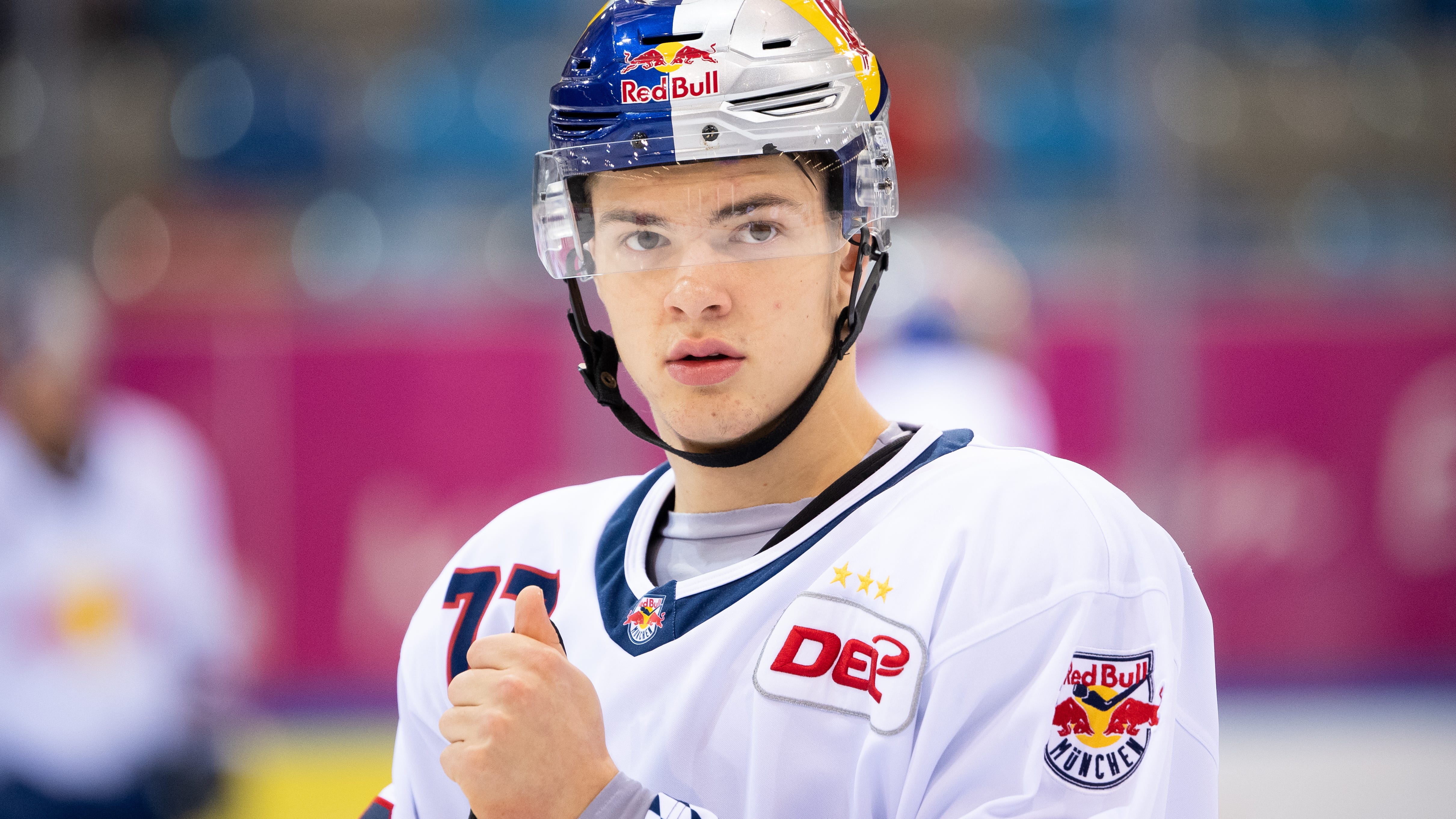 Sabres trade up in second round to select John-Jason Peterka

This is Adams' first in-person draft after having two virtually. He is excited about the opportunity ahead of him in Montreal.

“I’m really looking forward to it, because there’s nothing that replaces communication back-and-forth in person," Adams said. "For me, to be able to look over at a table and walk over and have a conversation, there’s nothing better than that.”

Adams has said that Russian players will be ranked on their board like they normally would be and if it comes up, then they’ll make a decision on drafting them. Forton says they have seen many of the Russians in person.

“I think our staff has done a great job, more so Ruslan [Pechonkin], Frank Musil, Anders Forsberg, myself and Jason Nightingale getting over and seeing a lot of the Russians this year in person in various tournaments and settings," he said.

“There were also some challenges with the World Juniors being canceled, the Russians not coming to play in the Under-18 tournament, not being at the Combine. We do have to factor some of that in. We just haven’t had as much access as you would’ve had with some of these players three years ago.”

For Forton, it’s a process getting their board together.

“We do it the same every year," Forton said. "We spend a lot of time, and it doesn’t matter where we are on our list, we spend an awful lot of time getting the players in order.

“It is unique this year in that we have a lot of draft capital with the three first-round picks and 11 picks total, so something can change a day or two before the draft and you end up with an extra pick or you end up in a slot that you weren’t anticipating. The last thing you want to do is to be caught off guard and not be prepared to take a pick.”

As we get into draft week, there are some years where trading really picks up.
Adams says these aren’t just spur of the moment deals that happen.

“What I’ve learned over the last couple of years is the majority of things that ultimately will play out on draft day have been worked on for a while," he said. "I’ll go back weeks now, there’s been conversations going on with every team. As you get closer, you’re building on those conversations. So you don’t just come together, it’s weeks and months, sometimes, leading up to it.”

Adams didn’t say this during his press conference, but I get the impression that he would very much like to move up in this draft.

“This is what’s exciting for us going into the draft, having the capital that we do, having conversations with the teams ahead of us. What are they looking to do? And having conversations with the teams behind us," Adams said. "We’ve been doing that, and we’re open to both. But ultimately, when you’re going to finalize a deal like that, then it’s how has the draft order gone, because we might be willing to do something, but it’s only if a certain player is available.”

The draft starts Thursday night in Montreal at 7 p.m. ET with Brian Koziol anchoring our coverage. I will be in Montreal, as the Sabres make their three first-round picks.