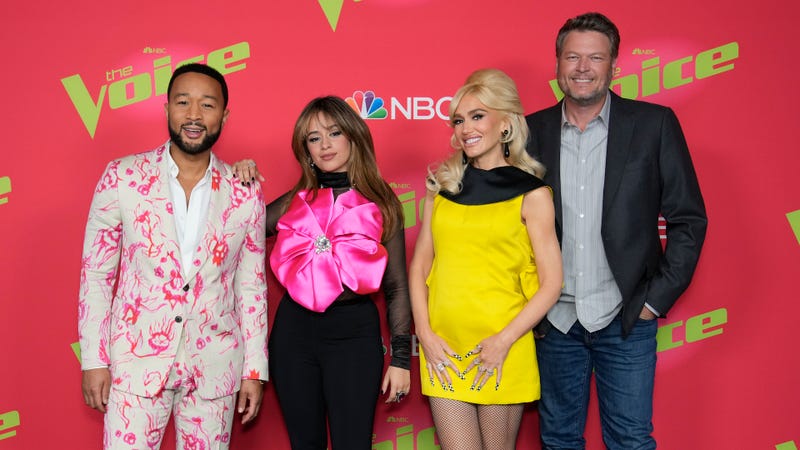 The competition went far beyond singing on The Voice this week. Blake Shelton challenged his fellow judges to “Keg Kurling,” a game featured on his new show, Barmageddon, airing December 5 on USA.

Blake — with some help from Carson Daly, who will also be on Barmageddon — gathered the coaches together, splitting them into two teams of two to go head to head in his version of shuffleboard.

Using utility brooms, each coach got their turn to launch an empty keg on wheels to score points for their team. Shelton and Camila Cabello made up the red team while John Legend and Gwen Stefani played together as the blue team.

"I'm paired with Blake, I feel like I'm about to learn from the master," Cabello said before taking her first shot at the game. Teammate Blake responded with encouragement saying, “You were born to do this."

Despite the red team’s confidence going into the game, it was the blue team that reigned supreme.

"We held our own and we won and now we can shove that in [Blake's] face," Stefani said, with Legend adding, "This is better than beating him at The Voice!"