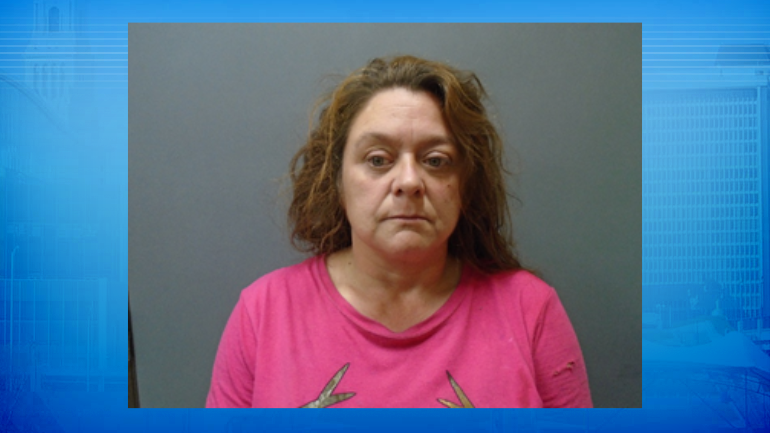 PLAINFIELD, Conn. (WTIC Radio) - Plainfield police have arrested a woman who allegedly broke into a church and pulled a knife on its pastor Wednesday night.Police say the pastor of the Central Assembly of God on Putnam Road in the Wauregan section of town, called them to the church shortly before 9 p.m., after encountering a woman in the building.Forty-five-year-old Jennifer McCroby allegedly pulled a large knife on the pastor, after telling him she'd broken into the church. Police found her in a room in the back of the building, on the floor, under a plastic tarp, wrapped in a shower curtain, said authorities.McCroby told officers she's homeless. She was arrested without further incident on charges including first-degree burglary and second-degree threatening. McCroby was due in Danielson Superior Court Thursday morning.