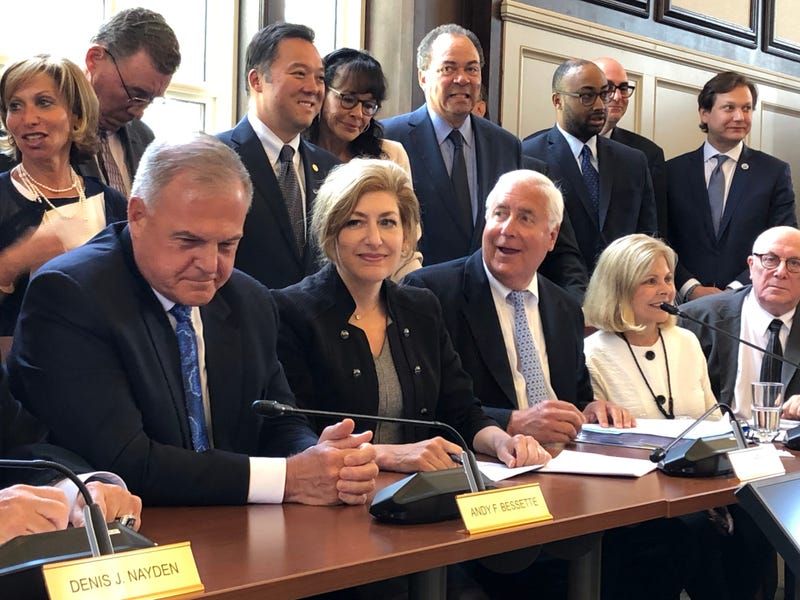 (WTIC-AM) -- UConn has agreed to pay a $17-million exit fee to get out of the Amercan Athletic Conference.

The exit fee had previously been expected to be about $12-million, but UConn agreed to pay a higher fee to get out of the conference early.

The deal means the season that starts this fall will be the last in the AAC for UConn's basketball teams, the football team, and most other sports.

Because of the quick turnaround, the deal virtually ensures that UConn football will be an independent after next season, and for the foreseeable future.

The team will have to schedule all of its games on its own, without the support of a conference.

There are only a handful of other independent teams at the Huskies' level of college football.

UConn wanted to get out of the AAC as soon as possible, so its basketball teams and most of its other sports could join the Big East as of July 1 2020.

UConn's hockey teams will continue to play in Hockey East.