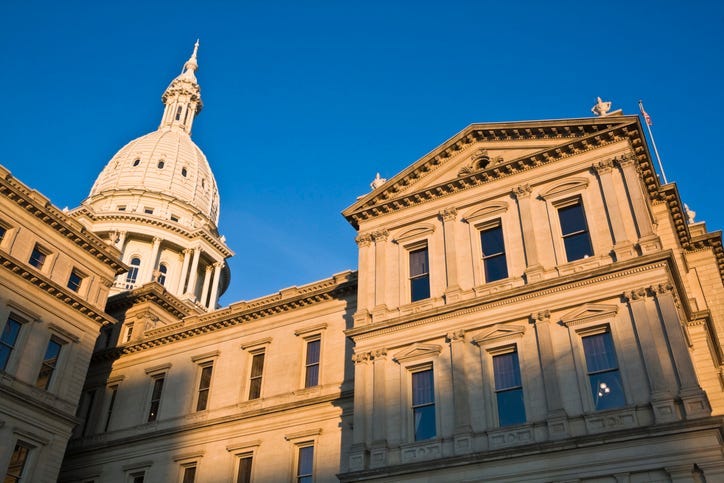 (WWJ) Michigan is missing out when it comes to the amount of federal help to states feeling the weight of the outbreak, according to an analysis by the Associated Press.

Of the $150 billion in the federal stimulus, Michigan is receiving almost $4 billion. That puts Michigan in the top 10 among states -- but it's not proportional to the number of COVID-19 cases that the state has endured.

If you take that into account, Michigan falls to about 45 out of 50 states in federal CARES funding.

Meanwhile, states like Wyoming, which has had about 600 cases, will see over a billion dollars, or about 80% of their general fund budget.

On one hand, Michigan’s allocation ranked in the top 10 among the states, but on the other it got relatively little considering the number of known cases of COVID-19 the state has reported — a figure that topped 45,000 this week.

Michigan comes in near the bottom of the rankings at No. 44 among the states when measured by the number of positive tests for the COVID-19 virus. The state will receive about $87,119 per positive test, according to an Associated Press analysis.

U.S. Sen. Gary Peters, D-Bloomfield Township, told the Detroit News that’s part of what happens when a federal formula includes a minimum amount for each state, regardless of size. He says the Senate has a “natural bias” toward small, rural states.

“Rural states have a disproportionate influence in the U.S. Senate because each state gets two senators, and a large number of states are rural with low population and few states have very high population, so it’s not unusual to see that kind of outcome,” Peters said.

The formula for dispersing the money included a floor amount of $1.25 billion per state, regardless of the population or coronavirus effect.

The country's hardest-hit states, New York and New Jersey, received about $24,000 and $27,000, respectively, for each positive coronavirus test.

Other states with high numbers of cases, including Massachusetts, and Illinois, received less than $100,000 per positive case, according to the AP's analysis.

About $800 million of Michigan's total will go to five local units of government with populations exceeding 500,000 — Detroit and the state’s four largest counties, Kurt Weiss, a spokesman for the state budget office, told the Detroit News.