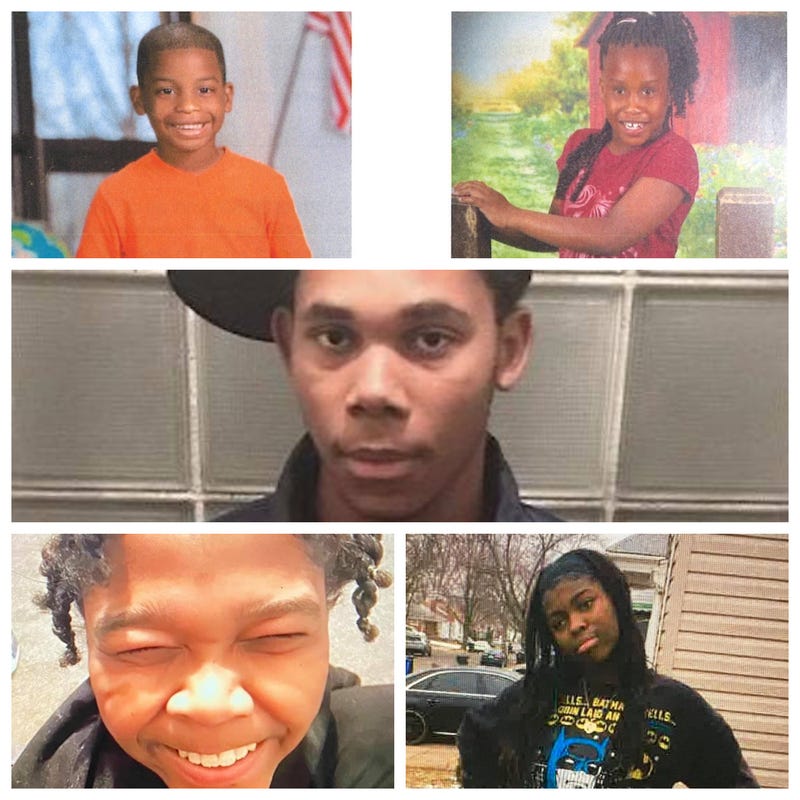 (WWJ) Five missing children and teens in Detroit have been found.

Siblings Rayvin George, 9, and Richard Richardson, 10, have been recovered after missing since Thursday. They had last been seen by their mother on Marlowe near Hubbell and McNichols after they walked away from home.

Donovan Amos, 12, has been returned home safe. He had disappeared from home on Beaconsfield in the area of Morang and Cadieux on Monday.

Lataysia Seamster, 15, had been missing the longest, since January 6. She left her home on Helen near Sherwood and Seven Mile, according to police.

Lastly, Tysean Strickland, has also been found. He disappeared on January 8 from his home on Faust near the Southfield Freeway and Lyndon.

Police said all of the children are safe. No further details were released about where or how they were found.

Detroit Police thanked everyone for their assistance in keeping an eye out for the children and playing a part in bringing them home.