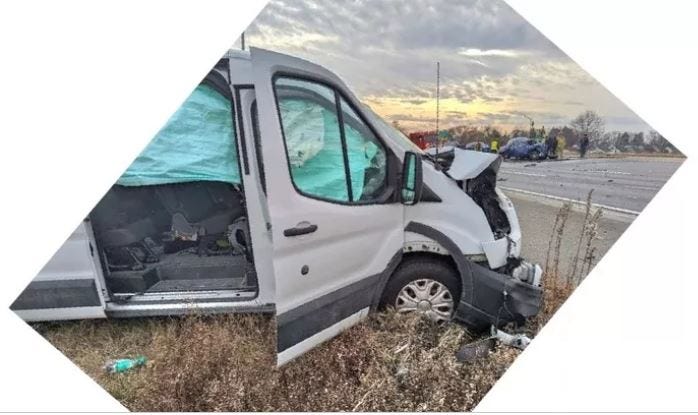 ROSEVILLE (WWJ) -- A mother is asking the community to donate to her GoFundMe to buy a new passenger van for her son and his family after theirs was destroyed in a Thanksgiving Day crash in Roseville.

On Thanksgiving Day, Justin Goodell was driving from Morehead, Kentucky to Imlay City, Michigan to celebrate the holiday with his parents. He was accompanied by his wife, their eight children and two dogs.

As the family travelled along eastbound I-94, near 12 Mile in Roseville, they became innocent casualties in a nearby shooting incident.

At Meadows apartment complex near 13 Mile and Masonic, another family's argument became violent, with one relative firing shots and fleeing the scene.

In the rush to escape, the shooter entered eastbound I-94 heading the wrong way and struck at least three other vehicles head-on.

One of those vehicles was the Goodell family's Ford Transit.

According to Patricia Goodell -- Justin's mother who set up the GoFundMe -- the shooter's car went airborne and landed on her son's van. Another car was pushed into Justin's lane, causing further damage and chaos.

Fortunately, the entire Goodell family and the dogs survived the terrifying ordeal and were able to safely return home to Kentucky the next day.

Patricia Goodell now hopes to raise the $50,000 needed to replace her son's van -- a necessity for a large family.

"I would be so grateful to be able to raise the money for Justin to buy a new van," Patrica writes on her GoFundMe page. "I am asking you to please give what you can, if you can, to help me make this goal."

Patricia also thanked the Roseville Police and Fire Departments as well as the local Roseville residents who provided blankets, food and supplies to her family after the crash. 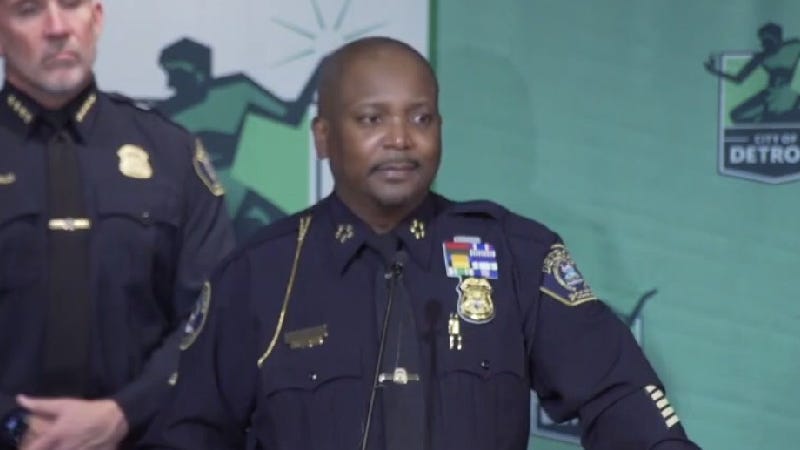