DETROIT (WWJ) -- Authorities are searching for a suspect who allegedly fired shots at Wayne County Sheriff's officers in Detroit.

The shooting, which may have been a case of mistaken identity, happened on Monday just before 6 p.m. near Glenfield and Chalmers on the city’s east side.

Wayne County Sheriff Raphael Washington says officers were conducting a narcotics investigation in an unmarked police vehicle when a car pulled up behind them and the suspect opened fire.

The alleged shooter, who was a passenger in the car, jumped back into vehicle when an officer turned their lights on, apparently becoming aware it was the police.

The driver then attempted to flee by reversing at a high rate of speed, crashing into a tree a short distance later and disabling the vehicle.

One handgun was recovered and the driver was taken into custody by police, but the passenger fled on foot and is still at large.

Several nearby homes were hit by stray bullets in the shooting, but no injuries were reported.

“Thankfully we got this guy off the street immediately,” said Wayne County Sheriff Raphael Washington. “Fortunately, neither the officer nor anyone else in the area was hurt. Even though the other suspect ran away, we’re continuing to investigate with our task force partners at DPD to bring that person in. As for the one in custody, he’s facing some very serious charges.”

Authorities have not released details about either suspect. Details on charges and an arraignment date for the suspect in custody are still pending. 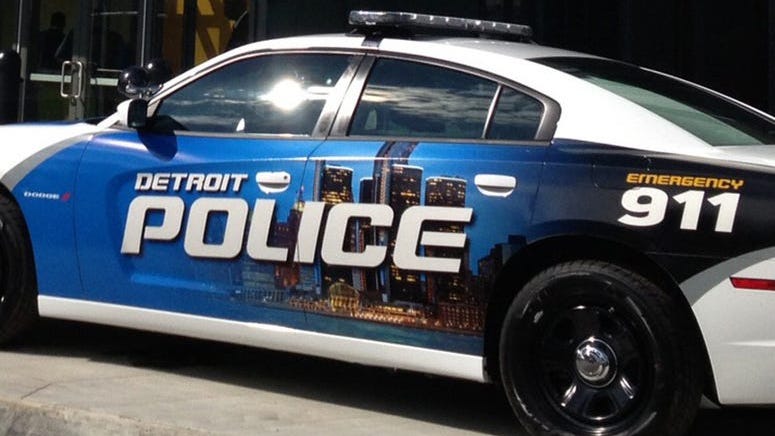