A train derailment in the city of Dearborn caused a scare -- and traffic issues -- for drivers after Michigan State Police say at least one CSX rail car derailed over I-94 near Wyoming Avenue around 5:30 a.m. Wednesday.

It began when troopers saw a car hanging over the exit lanes to Michigan and Wyoming Avenues. They say part of the bridge was damaged in the derailment, whose cause is still unknown.

UPDATE - EB I-94 exit ramp to Michigan Ave/Wyoming in @cityofdearborn is still closed with removal of derailed train cars underway, but a full freeway closure is NOT expected now *unless* something serious unfolds. LIVE>> https://t.co/qJmqsC7d8n Updates with @Radiodotcom @WWJ950 pic.twitter.com/a88mSQGmPC

The 2-mile long train was carrying boxes, WWJ's Charlie Langton reported, so nothing hazardous was involved, although it was traveling at a high rate of speed when it derailed. The scene is going to take at least another three to five hours to clear, Langton said, adding, "There's a lot going on out here."

The back part of a 2 mile long train derailed at 5:45am in @cityofdearborn the front continued on to the overpass near I-94 and Michigan Ave. where part of the train is now hanging off the tracks. No one was hurt and no hazardous materials. @WWJ950 @FOX2News pic.twitter.com/SqAd6f4Dtx

There are no injuries reported.

The I-94 exit ramp to Michigan Ave./Wyoming remained closed through the day, with removal of derailed train cars ongoing, reopening just before 6 p.m. 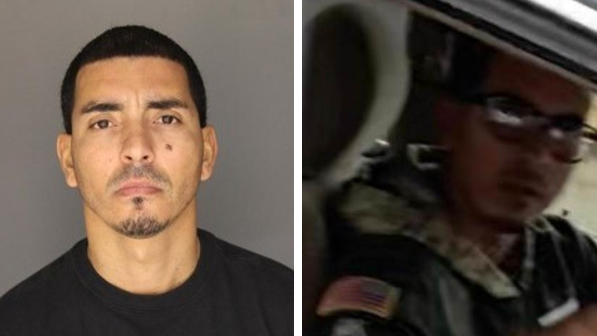