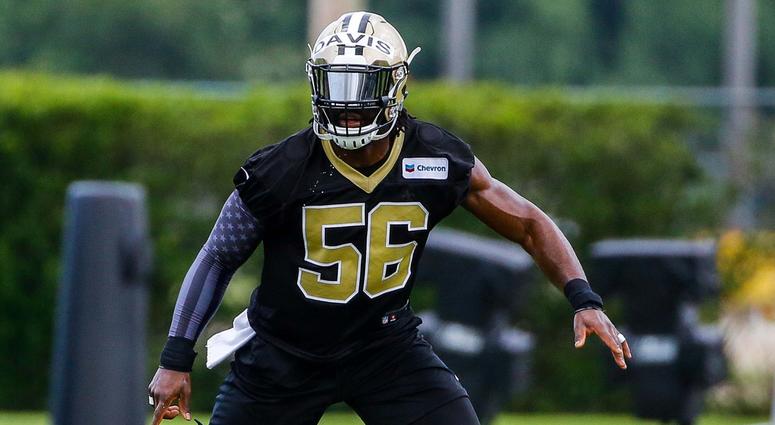 Sources have told the Times-Picayune/New Orleans Advocate the National Football League has levied a $28,075 fine against New Orleans Saints Left Back Demario Davis.

The fine comes from an unneccessary roughness flag following a hit on Jacksonville Jaguars Tight End Jeff Swaim.  Swaim left the game after the play and was promptly put into the Leagues concussion protocol for observation.

The fine is the league minimum for a hit on a defenseless player, according to the story, a second such infraction will result in a $56,165 fine.

Speaking after the game, Davis said “First of all, I want to say my thoughts and prayers to Geoff Swaim."  Davis continued, "I know he was able to walk off the field, but you don’t know what the residuals are of something like that."

This is not the first time this year Davis has been dinged by the league, he was fined over $7,000 a few weeks ago for wearing a headband with the words "Man of God."

Davis appealed the fine, won, and used the attention garnered over the league's action to raise $40,000 by selling headbands with the statement and then donated the money toward the construction of an emergency room at St. Dominic Hospital in Jackson, Mississippi.

Davis also commented, "That’s very unfortunate so my prayers are with him and I hope he heals up well and recovers from that."