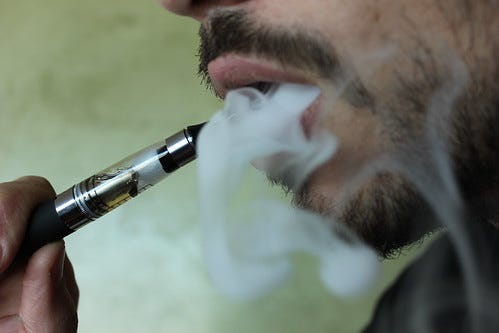 As vaping soars in popularity, LSU assistant professor of Comparative Biomedical Sciences, Alexandra Noel, looks into how vaping impacts the lungs of people who were previously non-smokers.

Noel says, a lot of the previous vaping related studies looked at the effects on people who had smoked cigarettes previously, but the craze is beginning to impact a large number of previous non-smokers.

Part of her study will measure the chemicals vape companies say is in their products and compare that to what actually ends up in your lungs after inhaling.

“There is a different chemical composition of the e-liquid, and once it is heated and aerosolized through the e-cig device, there are some other chemicals that could be produced,” says Noel.

She hopes her research can help inform public policy on the issue as more and more kids take up vaping without having ever touched a cigarette.

The legal age for vaping has now been raised to 21 in the US, but there’s still confusion as to whether it’s legal to sell to those 18-21 in Louisiana.