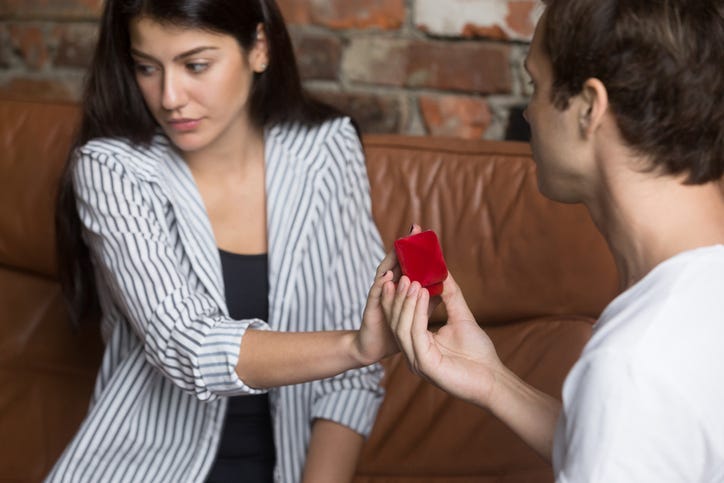 In 1960, over 70 percent of adults in the U.S. were married, according to Pew Research. While more adult couples are reportedly living together now, only 50 percent are married.  And marriage rates may be down due to a shortage of 'economically attractive' men.

"They're making sure they're in a very stable relationship before they choose to get married...and one of those things about stability is financial stability," says Moore.

"Financial stability in a prospective spouse is an important foundation to consider before entering a committed relationship like marriage."

She says women may be looking for that financial stability in their relationship so their marriage won't be filled with arguments about finances, ending in divorce.

The researchers compared the incomes of "potential" male spouses with those of men who married women of a similar demographic and found that guys who had not tied the knot earned 58 percent less than those who took a bride. Does that mean that women today are shallow?

"Of course I don't think that!" says Moore. "I think women are trying to be very sensible and very smart about their choices."

And, apparently, they've come to realize that, if a guy doesn't seem financially responsible before marriage...that's not likely to change after vows are exchanged.

Moore says women don't want to enter into a relationship with a guy who is drowning in debt and might take them down too.

Otherwise instead of 'till death do us part' it will be 'till debt do we part.'