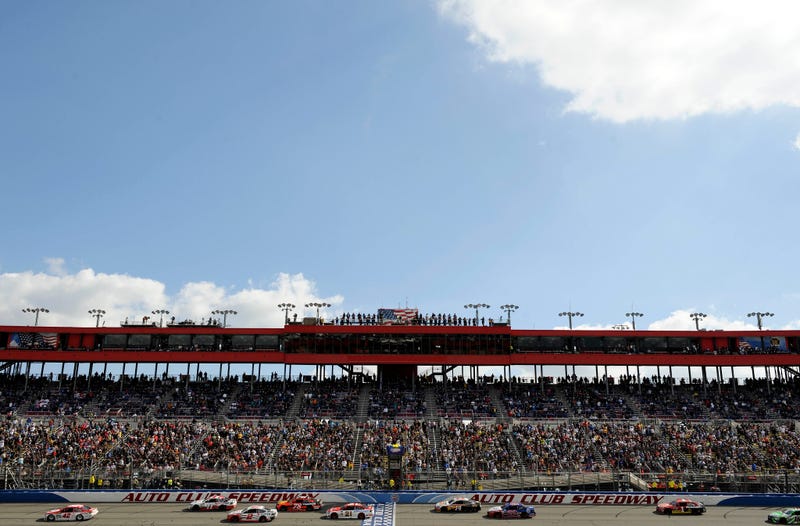 After spending the weekend in Las Vegas, NASCAR stays out west with a trip to Fontana, California. The Auto Club 400 will feature one of the two 2-mile tracks on the schedule this season. This race is usually dominated by Toyota and Chevrolets, combining for nine of the last ten wins.

Last year, we saw the 2019 NASCAR champion, Kyle Busch, pick up his 200th career win and he’ll be a favorite to win again this weekend. Busch will be up against the usual Ford contenders Kevin Harvick, Joey Logano and Brad Keselowski. The Chevys will have something to prove. After a strong run in Las Vegas, expect Hendrick Motorsports to have at least two of their cars in contention.

Like last week, tire wear will be key, and pit stops could play a huge role in the eventual winner. We saw a win taken away from Ryan Blaney, when he elected to pit for new tires with less than 5 laps to go in the race. Joey Logano, the eventual winner, stayed out with older tires and was able to hold on for the checkered flag,

So the key to picking a winner will be drivers with past experience and finding the cars that showed speed throughout the race last week. Before we do that, let’s recap last week’s results from the Pennzoil 400.

It was a good week as I correctly predicted the winner (Joey Logano). My #3 driver, Ryan Blaney, probably should have won the race, but a late caution by Ross Chastain caused late drama and a reshuffling after pit stops.

When it comes to Auto Club Speedway, there’s one guy who has dominated this place…Kyle Busch. In his last eight races, Busch has seven top-3 finishes including three wins in that timespan. Last year, he won both stages as well as the race…in what was an almost perfect run for the #18 car.

So far this year, the #18 car hasn’t looked great, which is why Kyle Busch is currently 27th in season standings. I think that turns around this week and he’ll run in the top-5 for most of the day. It’s hard for me to put Busch anywhere else in the rankings due to his experience, but I do think there are two other drivers that will challenge him for the win.

Like I mentioned earlier, the Chevrolets and Toyotas run really well here. So let’s go with the best Chevrolet and that’s Chase Elliott’s #9 car. Elliott looked like he was on his way to a top-2 finish last week in Las Vegas, before his tire gave out and caused him to spinout.

I like the speed that the Chevys have shown and it’s looking like they’re improving each race with their new Camaros. Elliott’s history at this track isn’t great, but he’s finished in the top-12 three of his four years.

There’s been one driver I’ve stuck with each week so far…that’s Ryan Blaney. Blaney’s currently leading all drivers in points and could have wins in both races this season. His past results at Auto Club Speedway are pretty good. Blaney’s finished in the top-10 three straight years.

Blaney is also sporting a new paint scheme this week to honor Kobe Bryant and his daughter Gianni. We should get a good look at the purple & gold mamba-printed #12 car. It should be one of the best Fords in the field.

Honored that @drinkBODYARMOR is running a Kobe Bryant tribute scheme this weekend. I was fortunate enough to meet Kobe & this is a great way to honor him, Gianna & all the victims. Stay tuned for merch details and all proceeds will go to https://t.co/WdOVfr5mRk. #MambaMentality pic.twitter.com/UrtylAIsCK

My sleeper is a driver, who hasn’t seen victory lane since 2017, but I think that could change this week. Jimmie Johnson announced before the season that this would be his final full-time year in the Cup Series.

That being said, I think Johnson finishes the year with at least 2-3 wins, and Auto Club Speedway probably gives him a chance at one of those wins. Johnson won here back in 2016 and since then hasn’t done much. Going back further, Johnson was almost unbeatable between 2011-2005. The #48 car collected four wins along with ten top-3 finishes.

Johnson will have one of the better Chevrolets in the field Sunday. Look for a top-5 finish with a possible trip to victory lane.

Our last driver is someone who has won here recently. Martin Truex’s performance here in 2018 was very similar to what we sawfrom Kyle Busch in 2019. Both Toyota drivers seem to like it here and that shows by laps led. Both drivers have led over a 100 laps in their victories.

Truex is also dealing with a new crew chief this season as Cole Pearn left Joe Gibbs Racing this offseason. For the past two seasons, Truex and Pearn have been one of the best driver/crew chief combos in the sport. Replacing Pearn is James Smalls, who has been with the team for a few seasons. Truex may not have the seasons he’s had in the past, but he’s at a track this week where he’ll contend for a top spot.