With the Brian Kelly era set to embark, one of the star WRs that is set to join him in Baton Rouge thinks LSU's acronym identity is a bit off.

Kayshon Boutte knows his team is often referred to by the moniker DBU.

“If you asked me, LSU is really ‘Wide Receiver U,’ " said Boutte this week on WWL Radio, speaking with Mike Detillier and Bobby Hebert.

Listen to the full interview below. Can't see the player? Click here.

Boutte was rumored as a potential transfer candidate following the season, but reaffirmed his commitment to the Tigers as he recovers from a season-ending injury.

That identity has been in place for a while. The due of Odell Beckham Jr. and Jarvis Landry went on to star immediately on Sundays after their days in Baton Rouge. Others like Russell Gage, DJ Chark and Terrace Marshall have shown flashes. But it's the former Tigers duo of Ja'Marr Chase and Justin Jefferson who have truly put the football landscape on notice, going from a national championship in college to back-to-back record-setting seasons as NFL rookies.

Boutte appears well on his way with 83 catches for 1,244 yards and 14 touchdowns in just 16 career college games, and that duo's work is part of what inspired him as he took the reins of the Tigers' WR room.

"I kind of looked up to them when I was coming into college. I just want to say that the things they doing in the league now, it’s only gonna get better," Boutte said. "And a lot of respect for those guys because they work their ass off every day, and the hard work’s paying off.” 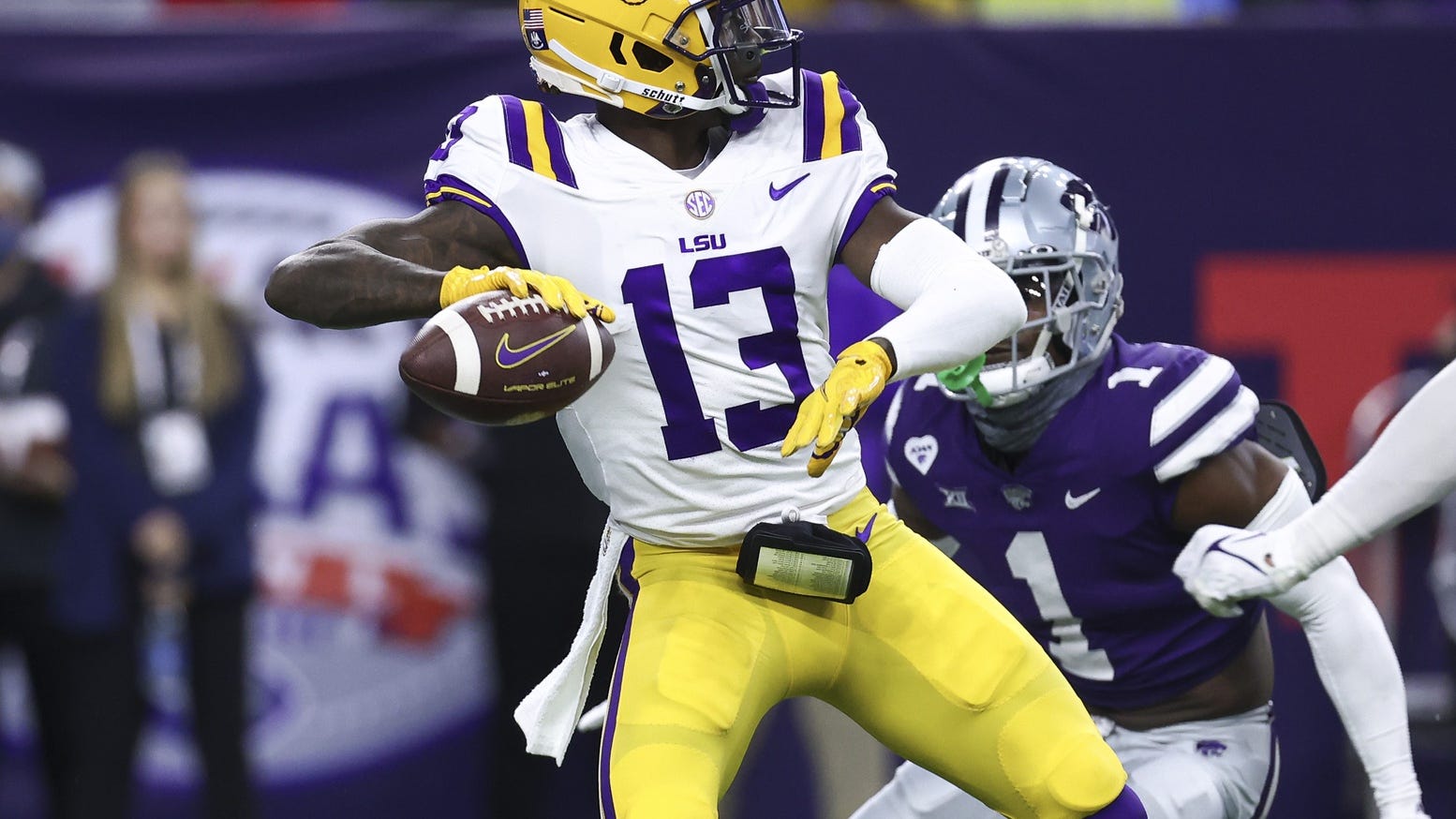 And the rising junior kept it simple when asked if he expected to be ready for spring ball: "Yes, sir." 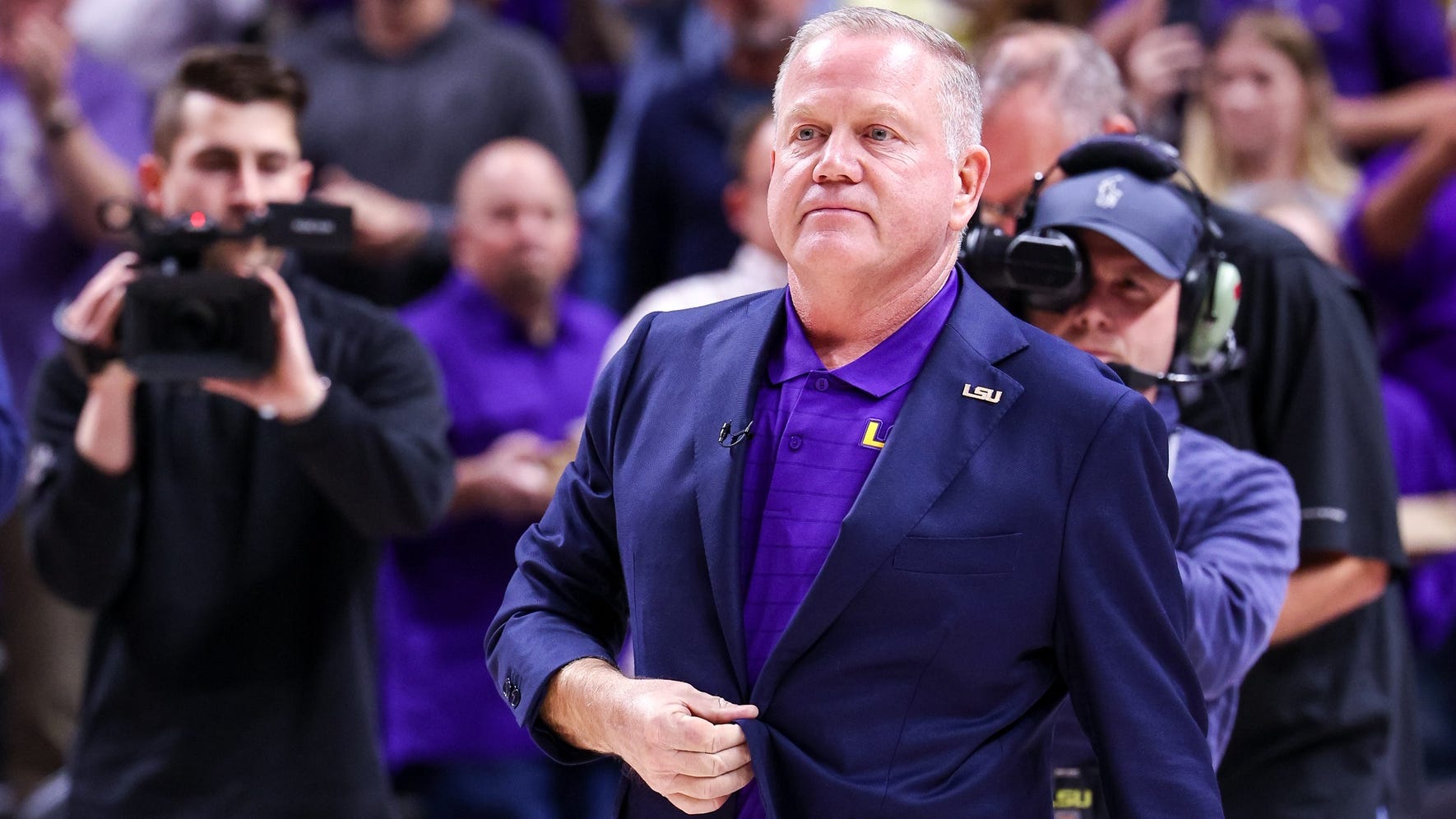 Kayshon Boutte has spent the past two seasons with the Tigers, but despite outstanding offensive production, only nine of his 83 receptions came from the arm of Myles Brennan.

LSU's veteran QB was hurt after four games in 2020, and didn't see the field this past season due to a broken arm before the season. Boutte's other receptions came from names like TJ Finley, Garrett Nussmeier and Max Johnson. But he says he knows the important things about Brennan that give him confidence heading into a new coaching era. Brennan had initially entered the transfer portal but opted to return to Baton Rouge after a conversation with the Tigers' new coach.

“I would say Myles Brennan is a great quarterback, a great guy, not too many like him. I can say he’s a great guy on and off the field," Boutte said. "He handles his business and takes care of everything like he’s supposed to.”

An area the WR said he does need to do a bit more digging is with his new head coach. The pair has only spoken once or twice, but that will change soon.

"I plan on getting to know him more and seeing what his game style is," Boutte said.

While the prospects for the offense revolve around Brennan and Boutte, it was another WR taking the QB reins in the Texas Bowl. Despite the loss, the effort of Jontre Kirklin tells you all you need to know about the former Lutcher standout.

“Jontre is a great dude. He didn’t have to, but he got a good heart," Boutte said. "He wanted to step up for the team to play so he could play his last game as an LSU Tiger. I think he really showed the LSU standard of performance. I mean, it’s next man up. He stepped up and kind of did that role even though he’s not a quarterback. So a lot of respect to him.”