The Carolina Panthers won a game at home in Week 2 of the 2021 season. The opponent was the Saints. Carolina was 2-0, and all things were bright and rosy in the Matt Rhule era.

That was the last home win for the Panthers. They've gone 3-14 since and own the NFL's longest active losing streak of nine dating back to last season. In other words, this is a team the Saints should be able to have success against.

Listen to the full interview with Deuce McAllister on SportsTalk in the player below. Can't see the embed? Click here.

"I think the longer that you allow this team to hang around, the more trouble you're going to have in defeating them," said WWL's Deuce McAllister on SportsTalk this week. "They are going to be a desperate team, Carolina. Carolina is going to be a desperate team. And when I say that, they've lost nine straight games. They've got the longest losing streak in the NFL. They are going to try to do any and everything to win a game and they feel like this is a Saints team that they can beat."

And while the aggressive gameplan didn't serve the Saints in a Week 2 loss to the Bucs this past season, it could be the key to avenging one of the uglier losses of the 2021 campaign. And the Saints have a lot of incentive to take a win in this matchup, considering it will be immediately followed by a long flight to London and a difficult week of preparation before a Week 4 matchup with the Vikings.

"One of the worst things you could do is lose this game," McAllister said. 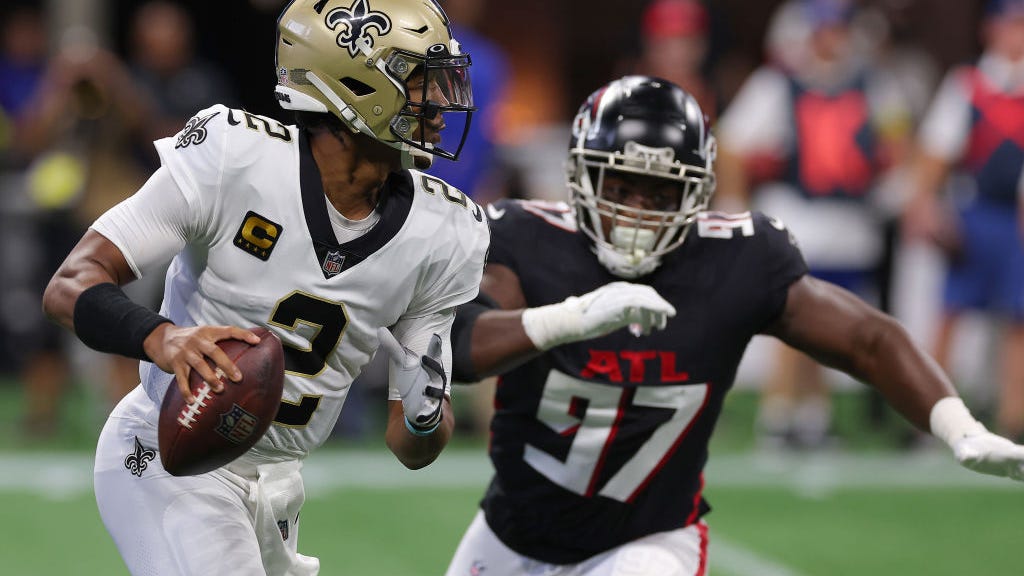 Garic: It's way too early to abandon ship on Jameis Winston as Saints starting QB

ON LACK OF PRESSURE STATS

The Saints have just one sack through two games while having surrendered 10 on offense.

"That's not that's not good enough. I mean, I understand Brady was getting rid of the ball, 2 seconds, 2.5 seconds, whatever it is. You don't just have to rush the quarterback on third down. You can sack the quarterback on other downs. And so I know there's the perception out there, which is true, you know, they were in third-and-long situations. And most times, you know, we talked about it on the radio, they were checking screens. The Saints were getting in exotic looks and they were checking screens, I mean, and so I understand that. But that's the name of the game. One, you can't give up sacks. And then the other one is you have to be able to produce sacks. You get to sack the quarterback more than just first and second down. Most of the times, teams aren't just running it first and second down and so that, you can't win -- it's very, very hard to win in this league. if you're going to continue to produce those type of numbers." 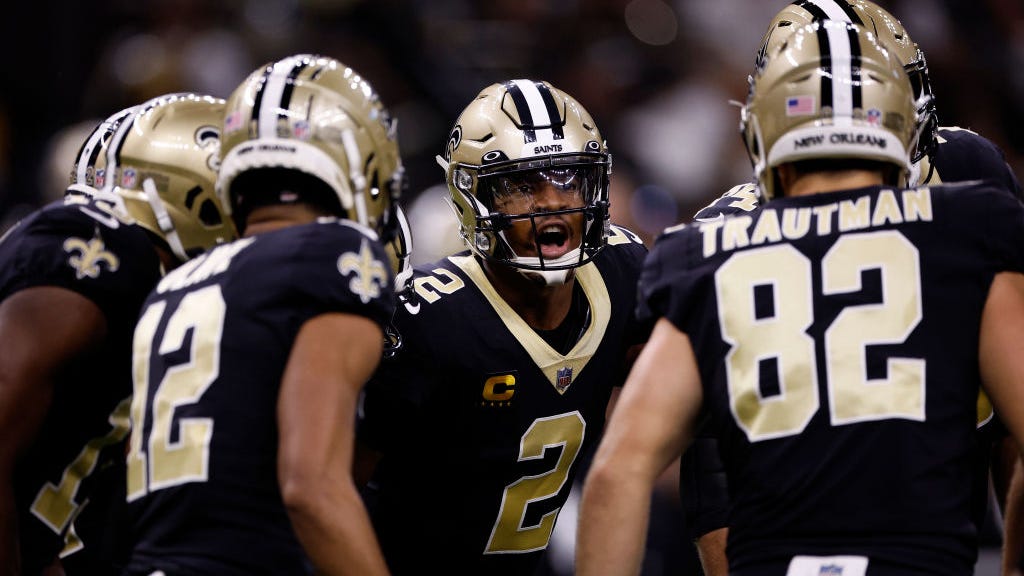 "He's exceeded my expectations when he when he came into the league, because honestly, I probably thought he was just going to be more of a receiver than a true runner. And he has been able to hold up as a runner, but ... before he started just to break down he was playing 98 to 95%, almost 99% of the plays. Even plays where you could get him out, he wasn't coming out. I mean, he wasn't even a focal point as far as he's just gonna be blocking on the back side. Get him out. You know, I just thought the overusage was just way too much. ... He is a load from a route-running standpoint. He's very precise with his routes. He has very good hands, he can cut the football back. He can run inside, and that's not very often that you get a back that has his size, because he's not a big guy. He's not a big guy as far as build. Now, he's very cut. He's physically fit, but he's not a very, very big guy as far as running back. And so, he's explosive but like you said, he's just started to break down just because, it's the touches, it's the wear and tear. Anybody's body, it only has so many hits in it."