Alvin Kamara might not care for Monday Night Football, but he arrived at a milestone there, regardless.

With the best receiving first half of his career (8 catches, 109 yards and a TD), the Saints superstar running back surpassed 3,000 receiving yards in his career. That meant he hit the 3,000-yard mark of both rushing and receiving in just 66 career games, the fastest in NFL history to hit that mark.

Kamara was also primed to move past Pierre Thomas for No. 5 on the Saints' all-time rushing list. And he's likely not done moving around that list this season.

Here's how it stacks up after Week 7.

It took Kamara just 66 career games to reach that mark, but he'll likely need at least one more full season to push the top of the board. With the departure of Drew Brees to retirement and several key players missing due to injury, he's been more of a tradition runner this season -- fighting for tough yards between the tackles. In Week 4 he carried the ball 26 times but wasn't targeted in the passing game, a first in his NFL career. 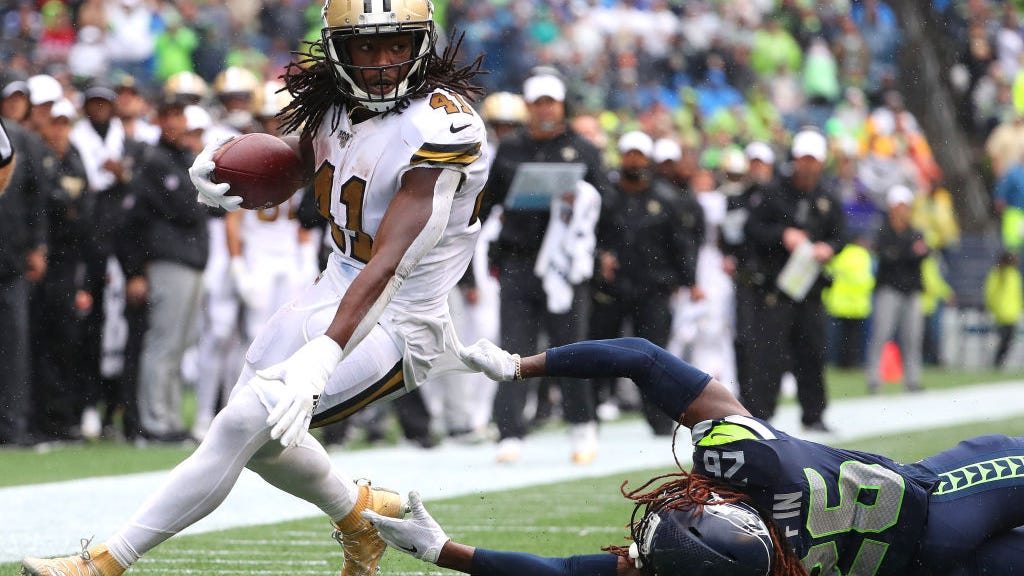