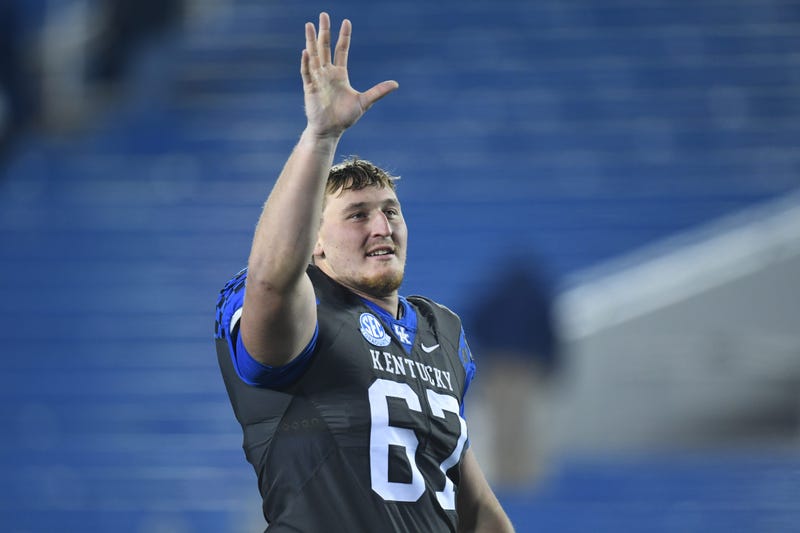 Moving on up! The Saints packaged their 6th round (218) selection and a 7th rounder (229) to the Colts for their 6th rounder, 206th overall to select Kentucky offensive tackle Landon Young.

One of the best to ever do it on the #BigBlueWall: @Landon_Young_67 😤#NFLDraft x #BBN 😼🏈 pic.twitter.com/HJvc8vHpFg

The 6-foot-7 Young appeared in 49 career games, including 24 consecutive starts at left tackle. As a senior, he won two SEC Offensive Lineman of the Week honors. He was also named to the second-team All-SEC team by the Associated Press and college football expert Phil Steele and was a finalist for the Pop Warner College Football Award.

Young was also a state discus title winner, an undefeated state champion wrestler, a shot put state title holder and was named the 2014 Gatorade Kentucky Boys Track and Field Athlete of the Year.