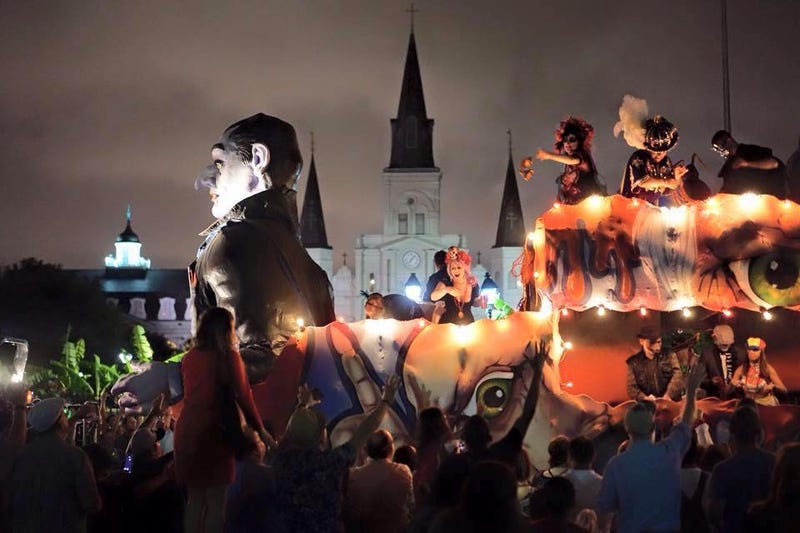 The upcoming Krewe of Boo parade will be a test balloon for a potential Mardi Gras 2022, with City officials observing the parade and its potential COVID impacts. New Orleans Mayor Latoya Cantrell greenlit the march, the first since the start of the pandemic, and there’s hope that a successful, COVID-safe event will mean the big show will be a go next year.

Krewe Captain Brian Kern said being the first parade since the start of the pandemic is a lot of responsibility, but they’re following all the city’s health guidelines and feel they are ready.

“It’s a lot, a lot of responsibility right there but we are doing everything that we have been asked to do by the Mayor and Dr. Avengno,” said Krewe Captain Brian Kern.

Kern said all Krewe members will either need to furnish proof of vaccination of a negative PCR COVID test 72 hours before the parade. He sounded confident that the parade will roll, and roll safely Saturday, October 23rd.

The City wants to track the results of the gathering in the weeks after the march to determine if it becomes a super-spreader event. To do so they want Krewe members to agree to be monitored by the city for COVID symptoms in the period after the parade.

“The marching krewes or any of the krewes they are going to be able to sign up for that so basically they can choose to do that and furnish their information to the city,” said Kern.