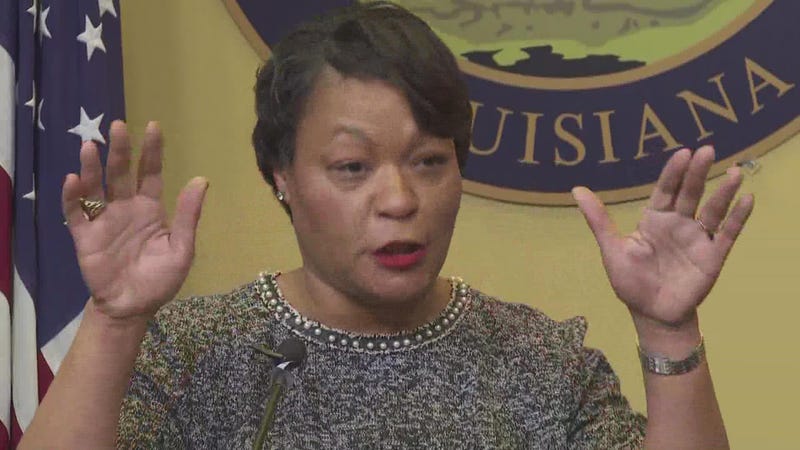 If you’ve been frustrated by flooding in New Orleans, then listening to what New Orleans Councilman Joe Giarrusso said on WWL First News with Tommy Tucker and then hearing an explanation from Mayor LaToya Cantrell may further your frustration. On Tuesday morning the councilman for District A, which includes the Lakeview area of New Orleans, told Tommy Tucker about some unexpected developments in the efforts to improve drainage in that particular neighborhood.Giarrusso first laid out the persistent nature of flooding in what he calls the “Lakeview box”. It’s an area the councilman says often involves Argonne Blvd, Harrison Avenue and West End Blvd. After last year’s hurricane season, Giarrusso told Tucker Lakeview’s lack of drainage was glaring.

“It was really bad again Tommy, as well west Lakeview, right after (Hurricane) Ida. As soon as I could get out of City Hall, we went all across the district to see how everybody faired. There was some spot flooding in Hollygrove, but Lakeview held water. So, you knew something was wrong because everyplace else was pumped out and Lakeview was still retaining. And I was promised a drainage study which still hasn’t been accomplished. At the same time, the city has been talking about this green infrastructure project which will actually take water from Lakeview, drain it through Lake Vista and essentially it would go to the (City) park,” said the councilman.

According to Giarrusso, he and many members of the neighborhood had
questions about the operation, maintenance and execution of the drainage
improvements. The councilman said since federal money was to pay for the plan, deadlines for details were approaching. Giarrusso says he believed there was agreement from the city’s deputy CAO, the department of public works, and the sewerage and water board, City Park, and the New Orleans City Council. The operational questions Giarrusso brought up persisted, and as the federal money for the drainage improvement was set to expire, Giarrusso said city officials made the decision to divert that money to more “shovel ready” projects in theBroadmoor and St. Roch neighborhoods. Then he came across a notice on Saturday that caught him by surprise.

“On Saturday the Mayor’s office sent a press release out saying the money had been lost, that people didn’t care about flooding, and it just doesn’t really make any sense to me primarily because the concerns were known and had been for a long time, and in my mind much more importantly we had reached a deal. There was full agreement between all these different stakeholders about what was going to happen,” said Giarrusso.

So, where does that leave the drainage improvements in Lakeview? Councilman Giarrusso says he believes the plan is “on pause.” Later in the day, at a news conference at New Orleans City Hall, Mayor LaToya Cantrell responded to a question about the drainage plan. The mayor took issue with how some people have described her as “blaming” residents for the drainage improvement plan stalling.

Watch Live: Mayor Cantrell hosts a press conference to address crime, flooding and other issues around the city of New Orleans.

The mayor said her administration “went to bat” for the federal money that
would help mitigate flooding what she called a “key” area” in the city. Mayor
Cantrell said her administration did the due diligence to plan for a “resilience
district”. The mayor said one part of that green infrastructure plan would include storing 187- million gallons of stormwater at City Park would alleviate up to nine inches of flooding throughout the city. Cantrell said such a plan would require a cooperative endeavor agreement to be signed by City Park and the city itself. Mayor Cantrell said the city is “already there”.

“We’re initiating it, meaning the flood mitigation project, but City Park’s
leadership has indicated that they are not wanting to sign,” said the mayor.
Cantrell said resistance is coming from outside City Park as well.

“In addition to that, elected officials also covering that area are not in support of the project in which they have stated publicly. So, there’s no blaming going on here,” said Mayor Cantrell.

The mayor said her administration will continue to pursue the flood mitigation
plan. But does the impasse give you confidence? Does it seem like the city
officials are pointing fingers at the each other?