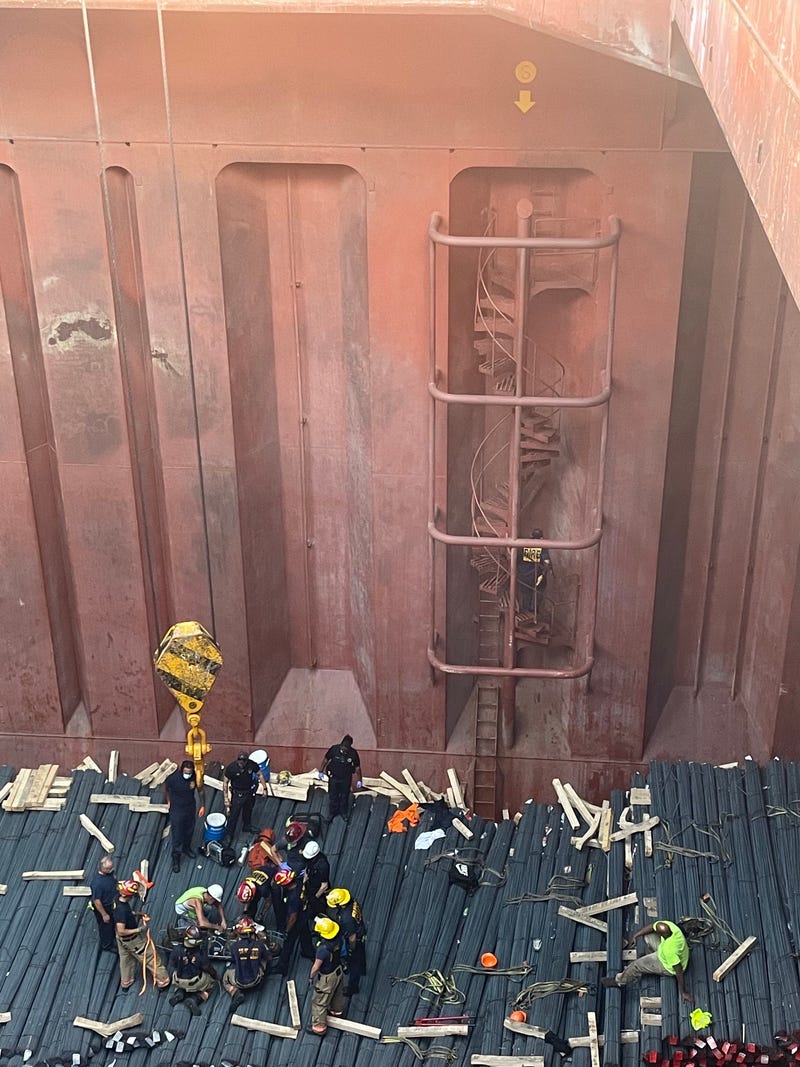 The worker was working on a cargo ship when he fell to the ship deck. The fire department says it got the call for the rescue and was on scene about 5:40 pm at the wharf on Poland Avenue.

Fire crews had to repel down to rescue the man in what the department calls a “high angle technical rescue”.

According to an NOFD report, “This procedure required fire personnel to repel down into the hull of the ship, with spine board and other rescue equipment in tow, before pulling the victim up to the safety of the ship’s deck. The victim, a longshoreman working on the vessel at the time, was conscious, alert and communicating with First Responders during the entire rescue.”

The fire department says the man suffered a broken arm and was transported by EMS to the hospital.