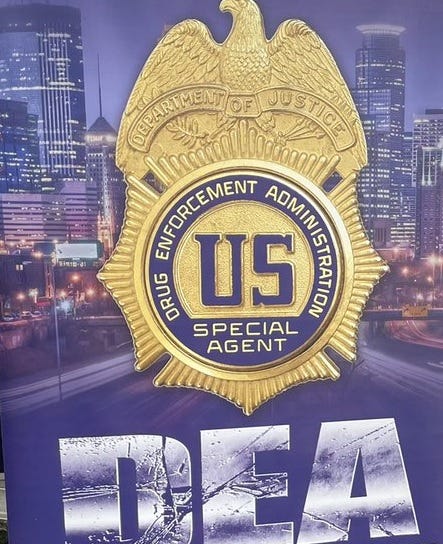 "A local DEA agent was arrested this week by the St. Tammany Parish Sheriff’s Office after he battered his wife," Sergeant Suzanne Carboni said.

She issued a news release that outlined the allegations.

"On Sunday (September 25) a female contacted the St. Tammany Parish Sheriff’s Office to report her husband, Jimmie Ogden (DOB 1/5/1968) had battered her while they were at their Covington-area home on September 22.  The female reported that after the incident she fled to north Louisiana."

Carboni said the victim met with investigators this week.

"She provided a statement and documentation of injuries was taken."

Cops say based on the investigation and the evidence, a warrant was issued by the 22nd Judicial Court for Ogden’s arrest.

"He was located and taken into custody without incident and was booked into the St. Tammany Parish Correctional Center on one count of L.R.S. 14:35.3 Domestic Abuse Battery."