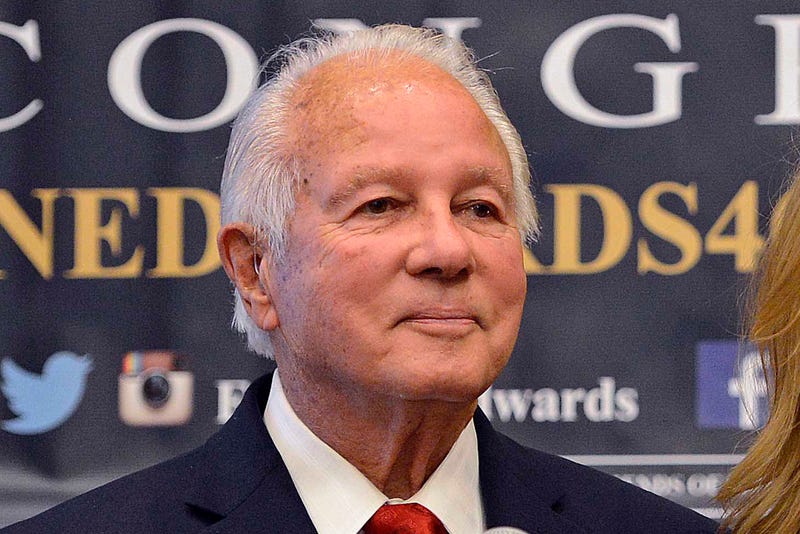 In an interview for the podcast of Only In Louisiana, Trina Edwards, the wife of Edwin Edwards said the 93-year old former four term-governor is now confined to a wheelchair. She said the daily obstacles that wheelchair users face have been an eye-opening experience for her.

“I did not realize the things that other people went through like if we go to a restaurant and there’s not a unisex bathroom it’s difficult to deal with. I still don’t know how to navigate that yet,” said Trina Edwards.

Trina Edwards said besides the wheelchair and hearing difficulties, the colorful politician isn’t experiencing any major health issues right now. She said before he needed a wheelchair, she didn’t truly appreciate the hard work caretakers do until she became one herself.

“I have a whole new appreciation for people who have to do that because it is really hard and it could be a lot worse,” said Trina Edwards.

Trina Edwards said she is extremely grateful her husband is not experiencing any pain and considers it a privilege to help care for her husband.

“I wouldn’t have it any other way, I’m doing what I have to do for someone that I love, and I would no matter what it was that he needed,” said Trina Edwards.

Trina and Edwin Edwards married in 2011 when he was 83 years old, and she was 32. They have one child together and both appeared in the A&E reality series The Governor’s Wife.