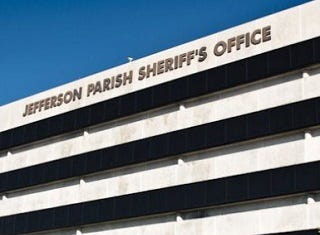 Cops say a man threatened a woman in Metairie this afternoon, then got into a standoff with the JPSO SWAT Team.

Jefferson Parish Sheriff Joe Lopinto says when deputies responded to the home on Kent Street near Camphor, the suspect locked himself inside.

He says after several hours trying to negotiate the man's safe surrender, the SWAT team heard a gunshot from inside the house.

Lopinto says they used a drone to enter the home and discovered the man had shot himself.

Paramedics detected what the sheriff called "signs of life," and they took the man to the hospital in critical condition.

There were no hostages and no other injuries.