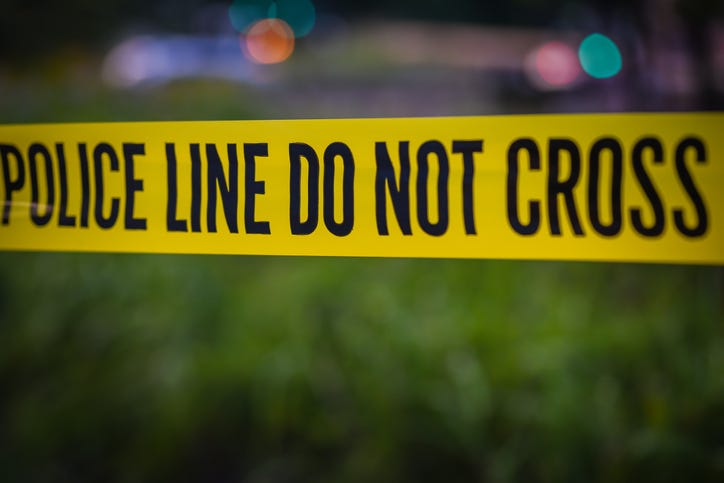 We are living the same Monday over and over. Again, this Monday, May 3, we must address the new reality that the soundtrack of New Orleans has become the sound of gunshots.

Here is a rundown of most of the shootings over the weekend:

* Less than 2 hours later - 2 people shot in the Warehouse District near Girod and S. Peter streets.

* 1 person shot in the St. Roch neighborhood about 12:17am Saturday morning. The victim was a male.

* 2 teenagers were shot walking on Patricia Street in Chalmette in a drive-by shooting.

* 1 person shot and killed about 5:45pm Sunday in the 2900 block of South Monterey Ct. in Terrytown. The victim was a male.

* A shootout on I-10 near the High Rise bridge Thursday evening just before 7:00pm. A male and female were injured.

* Days prior - a shootout on I-10 near the Franklin Ave. and Louisa Street exits early last Monday evening. A teenage girl and an infant were shot.

There have been 4 shootings on I-10 in New Orleans East in the past month. NOPD Chief Shaun Ferguson said, “We cannot necessarily identify any specific motive, but we know for sure that a few of them have involved road rage.” The Chief added, “We are looking into possible motives.”

A few of the shootings from the weekend were outside of the city limits, but they still account for the collective sense that gun violence in the metro New Orleans area is out of control.

LSU Criminologist Dr. Peter Scharf says he is upset with the plans the police, the justice system, and politicians are presenting to stop the current increase in violent crimes in the city.

Scharf said, “We have voodoo criminology directing our fate.” Dr.
Scharf pointed out that the plans are not coordinated and it does not appear that “anyone is using any science to control this mayhem [it’s] a Cheshire cat going in different directions.” Dr. Scharf declares the plans from law enforcement and politicians to be “charitably political plans” that fail to include the police that includes no timetable for reaching goals.

According to Scharf, the current murder rate in New Orleans puts the city on track to beat 2019 and 2020 in murders.

I have spent hours on my show talking with you about solutions, and the sense of urgency I hear from the citizens of New Orleans do not match what can be described as the casual attitude of the politicians of New Orleans. Councilman Jay Banks seems to be the most outspoken recently, but there is an obvious lack of urgency on what exactly to do.

Citizens of New Orleans have called into the show with suggestions ranging from extreme jail time for anyone who commits a crime with a gun to more police on the street. And for the record, there is outrage in the Black community over gun violence becoming commonplace.

As I write this blog, there is news breaking about two additional shootings Monday morning. One shooting took place about 9:20am in the West Lake Forest neighborhood of New Orleans East while another occurred about 10:15am near Tulane Ave. and S. Cortez Street.

And a 24-year-old woman was stabbed Sunday night about 9:50pm in the 700 block of Canal Street, which is the threshold of the French Quarter.

The truth about this acceptance of gun violence in New Orleans is ignored by the politicians. The truth is that excuse after excuse has been made for the frustrations that lead to gun violence and missing is the reality that politicians will not address the human behavior that accounts for the violence. To address the human behavior is to criticize the voters, and that is not in the wheelhouse of most politicians. Their sole goal is to get elected, and being re-elected and doing what is best for the citizens and the city are not required.

If Mayor LaToya Cantrell is so dedicated to keeping her citizens safe from COVID-19 that she defies the data and the lead of others when it comes to mask mandates, then she should do more to show us and the potential visitors to our city that she gives a damn enough to address the issue of gun violence with a real strategy.