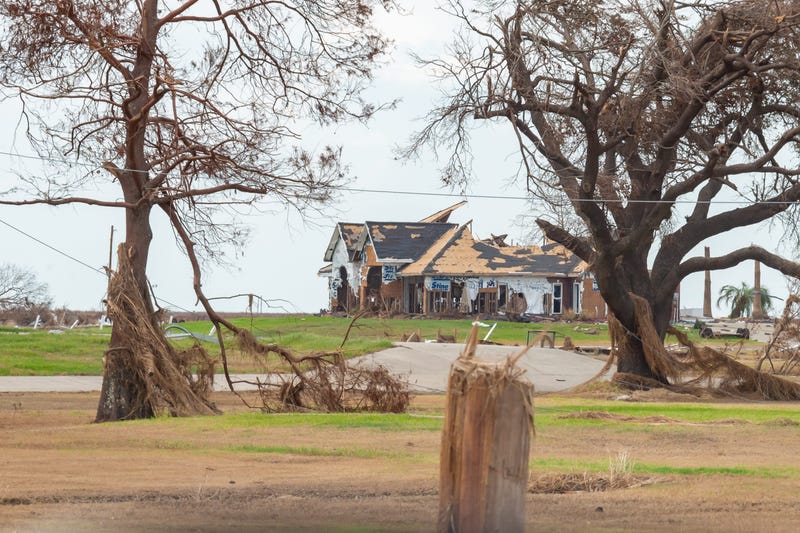 Cameron Police Jury Vice President Scott Trahan estimated more than half of the homes in the storm-ravaged parish were completely destroyed by Hurricane Laura.

Trahan said he’s been told it could be up to three months before most of the parish gets power back, but even when the power lines get rebuilt there won’t be many homes turning the lights back on.

“What is left is so tore up that some of them may be repairable and some may not be, but there is not a whole lot left,” said Trahan.

The parish has an estimated population of just under 7,000 and was still recovering from damage caused by Hurricane Rita in 2005.

At the Sacred Heart Graveyard, 150 caskets floated away from their tombs. Trahan said after having similar incidents in recent storms it’s time the parish starts filling caskets with concrete.

“It is a costly task to locate the bodies and also retrieve them,” said Trahan. “When my time comes, hell I want them to back that cement truck up and fill my tomb up with concrete that way I won’t go anywhere,” said Trahan.

A Cemetery Task Force has been formed to help hunt down, identify, and rebury the lost caskets.

Standing water sat across much of the parish for over a week after the Laura made landfall. Trahan said a pumping effort helped clear up the area, but in many tributaries, the water is still high.

“It’s off the roads, it’s like around my house, I live in west Creole, and the water in the marsh is finally going down and in my yard all of that nasty mud is drying up and we can try and do something with it,” said Trahan.