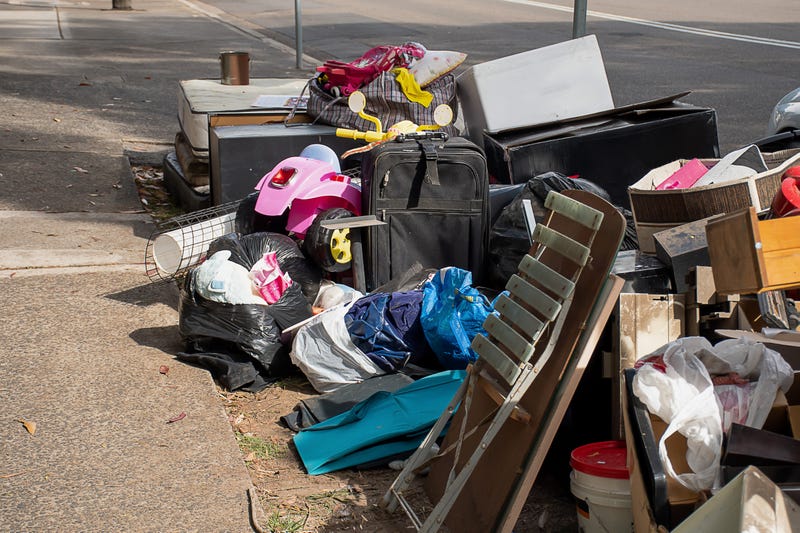 A temporary solution has been made for trash collection in New Orleans. The city has cut garbage collection down to once a week while Mayor LaToya Cantrell’s administration looks for a permanent arrangement. Trash and debris has piled up for weeks since Hurricane Ida hit Southeast Louisiana, but the problem of trash pickup has been an issue for over a year in the city. The two main waste collectors for the city are Metro Service and Richard’s Disposal. I believe the trouble with the city’s trash pickup not only lies with the city leadership, but the companies they hired to collect garbage.

“As a result of these challenges, you've heard me say over and over again that when we are presented with bumps in the road, the companies that are able to overcome these challenges are well-financed. The city has an obligation to make sure garbage is collected, because residents are paying for a service. They're acting as your fiduciary. Your money is paying these individuals that they ought to be looking at… According to the New Orleans Sanitation Director, Matt Torri, this once weekly pickup is temporary, but don't hold your breath because they're not willing to commit to a collection schedule in the future because they really don't know where they're going in the future.”

“Mayor Cantrell indicated that she will rebid Metro's seven year contract before the end of the year… I’ve always had my suspicions that Metro Service Group is not appropriately funded. In fact, a Maryland based financial group asked a federal court to force the Mayor’s administration to begin paying off a series of loans to Metro Service Group in the amount of millions because they defaulted earlier this year.  I think Cantrell knew then that if she stopped paying them, they would no longer exist because she would not be able to meet their financial obligations.”

“I'm curious to find out how much the mayor knew about Metro’s financial problems, and when, and whether or not that actually caused decisions to be made to benefit a vendor and not taxpayers.  Remember you're paying a fee, you're paying a fee for two pickups. They're telling you, you're not getting it. Have you seen the credit on your bill yet?”

“The city threatened that they're not going to pay Metro or the company that owns the loans. The city contract was the collateral for the loans, because there are no other capital assets. Has anyone ever done a financial assessment of where these companies find themselves. There's a lot of people that want to do and deliver services, but they're not in the best position to succeed.”

Hopefully someone will get the answers, because it doesn't look like the mayor nor her administration has any desire to do so.”

“The city claims they're continuing to work on this thing, but information about the frequency of collections will be shared once they have a new garbage collection contract. The point between now and whoever is the next provider, you'll continue paying the fees and they'll continue to fail in providing the service.

To hear the entirety of Newell’s monologue click the audio player below.