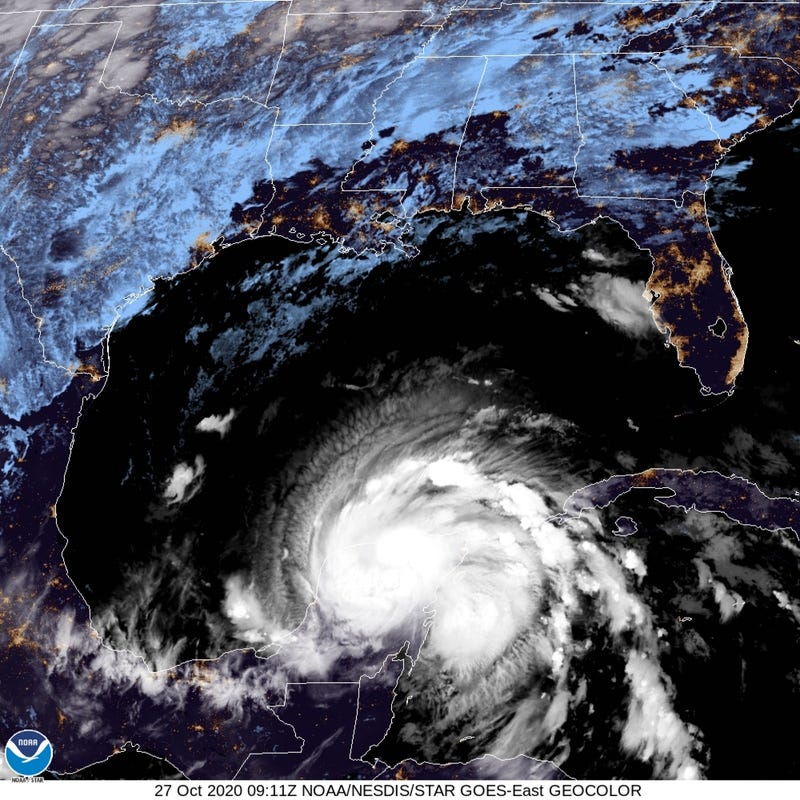 The National Hurricane Center says that as it passed over land, Zeta lost some of its punch.

"Maximum sustained winds have decreased to near 70 mph with higher gusts," according to an advisory.

The system, however, is forecast to get stronger over water. 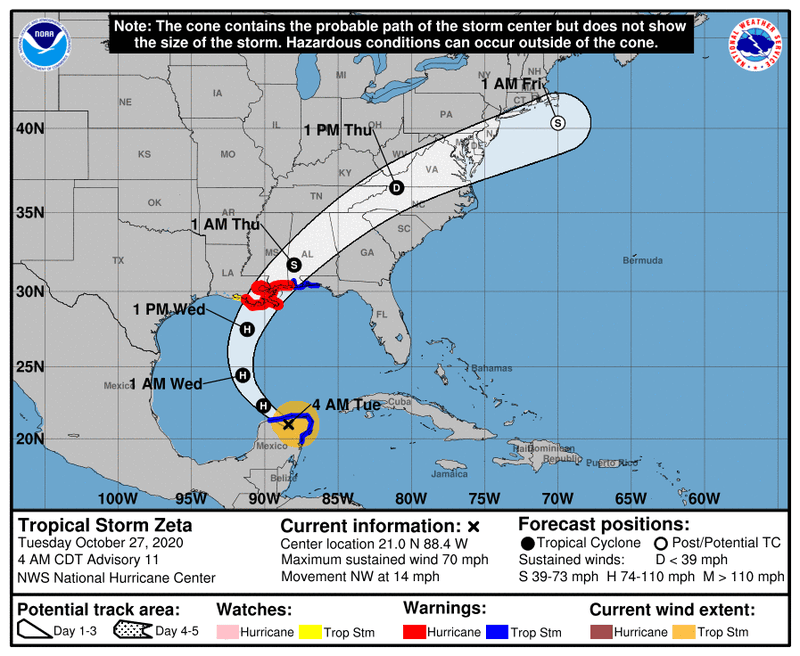 The Hurricane Center is still calling for a landfall in Southeast Louisiana.

"A Hurricane Warning has been issued from Morgan City, Louisiana, to the Mississippi/Alabama border, including Lake Pontchartrain, Lake Maurepas, and metropolitan New Orleans."

If that track holds; that would mean high winds, heavy rains and storm surge for the region.

Forecasters say that could mean power outages and wind damage, along with up to six inches or rain and surge flooding outside the hurricane protection.

The water could reach the following heights above ground somewhere in the indicated areas if the peak surge occurs at the time of high tide...

An initial area of heavy rains will begin to impact the central Gulf Coast tonight, spreading north into the Tennessee Valley on Wednesday.  The core of the heavy rains associated with Zeta will push northeast from eastern Louisiana, across southern Mississippi, Alabama, northern Georgia through Wednesday night, and through the southern Appalachians into the Mid-Atlantic on Thursday. Rainfall totals of 2 to 4 inches with isolated amounts of 6 inches are expected across these areas, resulting in flash, urban, small stream, and minor river flooding.

A few tornadoes are possible Wednesday and Wednesday night over southeastern Mississippi, southern Alabama, and the
western Panhandle of Florida.