Radiohead's Ed O'Brien is gearing up to release his debut studio album Earth under the name EOB, a record that's been in the making for quite some time.

O'Brien was the subject of a lengthy interview with NME where he touched on the album and what Radiohead has planned in the future. “We’re an ongoing band and have online meetings – there was a Zoom call recently. We’re talking about stuff, but for the foreseeable future everyone is doing their own thing. When it feels right to plug back into Radiohead, then we will," O'Brien said.

He did drop one interesting tidbit of information that relates to the upcoming 20th anniversaries of the band's landmark albums Kid A and Amnesiac. 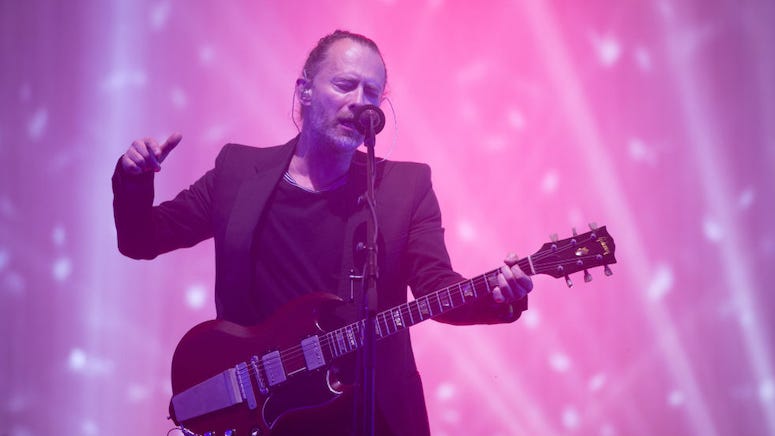 “Due to the nature of it, I can’t fully reveal anything – but there have been talks about ways of doing something," he said.

However, O'Brien may prefer to look backward when the time comes. "It would be nice to honor it, but then there’s the struggle – how can you get that excited about an album that came out 20 years ago? I can’t. I’m thankful it was a moment and know that it means a lot to people, but it was a long time ago," he said.

O'Brien also touched on his upcoming solo record and why the time was right for him to create one. The roots of the album go back to 2012 when O'Brien was living in Brazil. As he put songs together, he shared it with family and friends who were impressed with what he created. “That’s when I realized that I had to do this. If I don’t do this, a part of me will die,” he said.