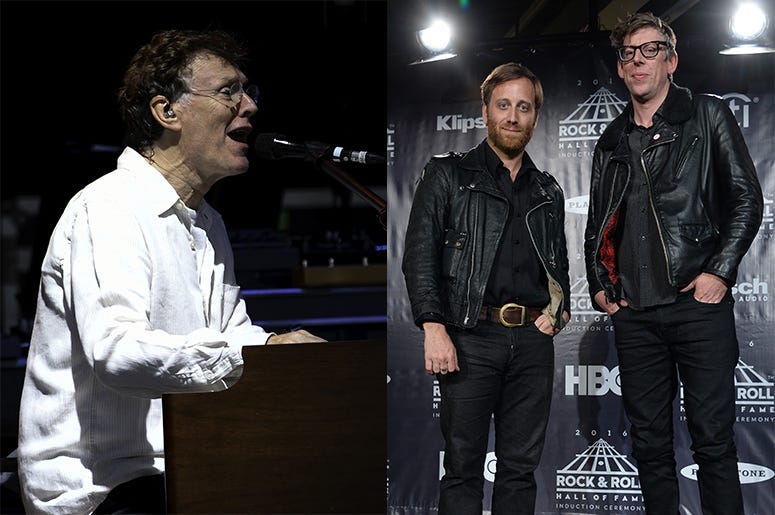 Steve Winwood was born in England 70 years ago.

The Black Keys were born in Akron, Ohio, about 40 years ago.

When Dan Auerbach and Patrick Carney were born Winwood released Arc of a Diver, his second solo album after time spent with The Spencer Davis Group, Traffic, Blind Faith, and performed with Eric Clapton, Jimi Hendrix, B.B. King and others.

But what they have in common is their love of American R & B and Blues.  Steve was the 14 year old lead singer of the Spencer Davis Group who sounded like he was channeling Ray Charles.  The raw, emotional sound of the Black Keys harkens back Howlin’ Wolf and R.L Burnside.

So even though Steve’s old enough to be Dan and Patrick’s Dad, they all share a passion for the same music.  Music that transcends geography and generations.  And the music they’ve made will make for great listening this Friday on XRT (and radio.com).