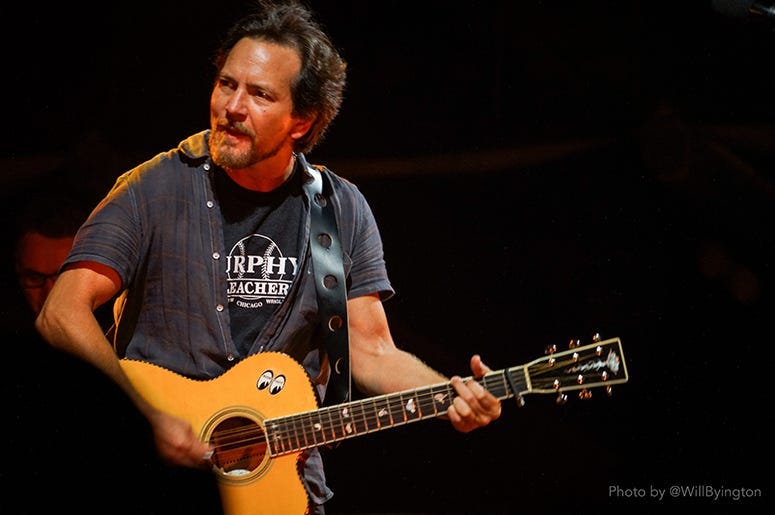 Eddie Vedder has never hidden his love of the Chicago Cubs. He was nearby the team's Spring Training facility headlining Innings Festival last weekend and sat down with former Cub Ryan Dempster for the Off The Mound session.

Vedder was asked what so many Cubs fans have been asked since the teams 2016 World Series victory. What did that feel like?

"I think it was the same as everybody," he said. After discussing how impactful it was for everyone that's ever been involved with the team, Vedder brilliantly took us back to Game 7 stating, "there was relief that we finally got that last f&$%*ng out. And that Kris Bryant didn't slip on that wet grass. And that Anthony Rizzo caught the f$&$*ng ball. I'm getting chills just thinking about it."

Not only did the championship bring relief for Cubs fan, it served as a valuable lesson. Vedder remarked,

Vedder also recalled how he became a Cubs fan.

"It started because my grandpa took me to Wrigley Field. The first [time going to Wrigley] I was about four and a half or five came and saw the Pirates play the Cubs."

It was a magical experience for Vedder, something that still strikes him to this day. "It was a Wizard of Oz moment to see that field for the first time... It was the greenest green, the whitest white. That moment I feel something inside changed, a fire was lit," he said.

Watch the full interview below.