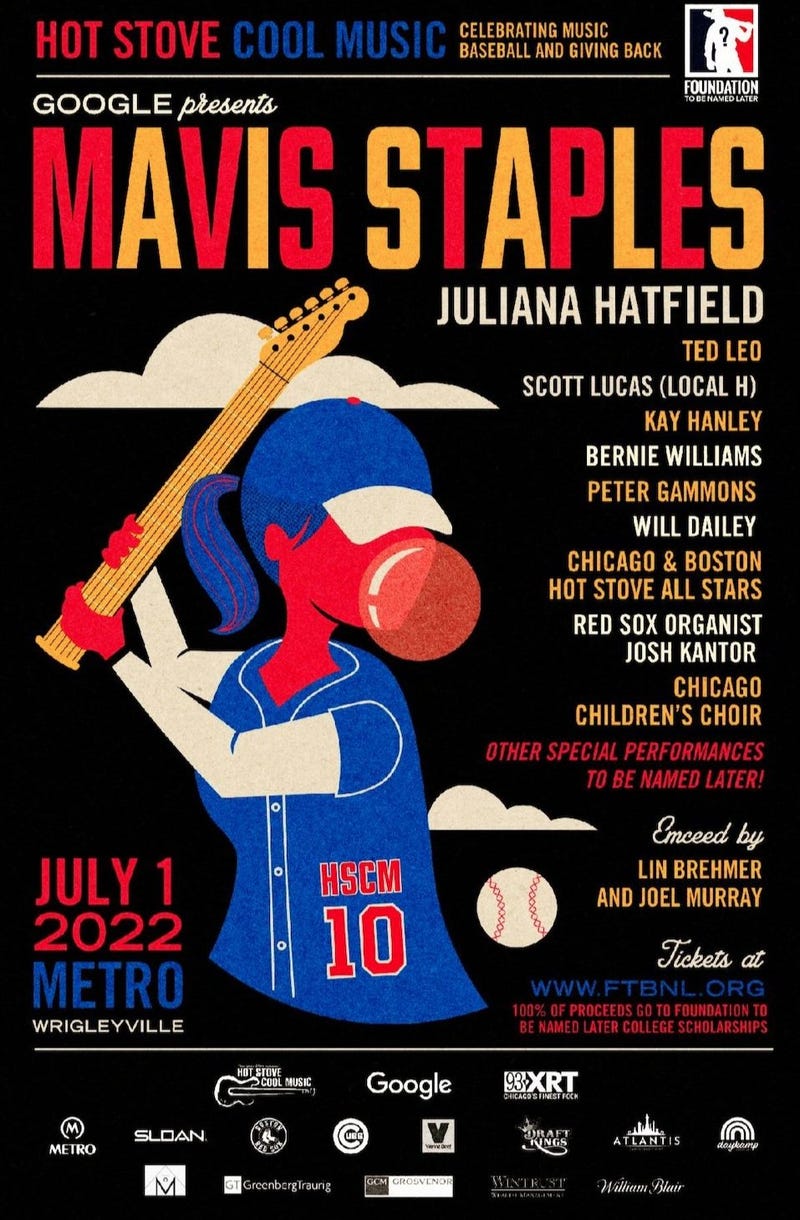 Photo credit Foundation To Be Named Later
By Terri Hemmert

Hot Stove Cool Music: Celebrating 10 Years of Music, Baseball and Giving - A Benefit Show for the Foundation To Be Named Later

TICKETS: VIP tickets, which include access to a special pre-show reception, early entrance and complimentary food and beverages, will also be available for $500. General admission tickets are $75. Those tickets will go on sale at metrochicago.com or via ftbnl.org on May 20th (12pm CDT).