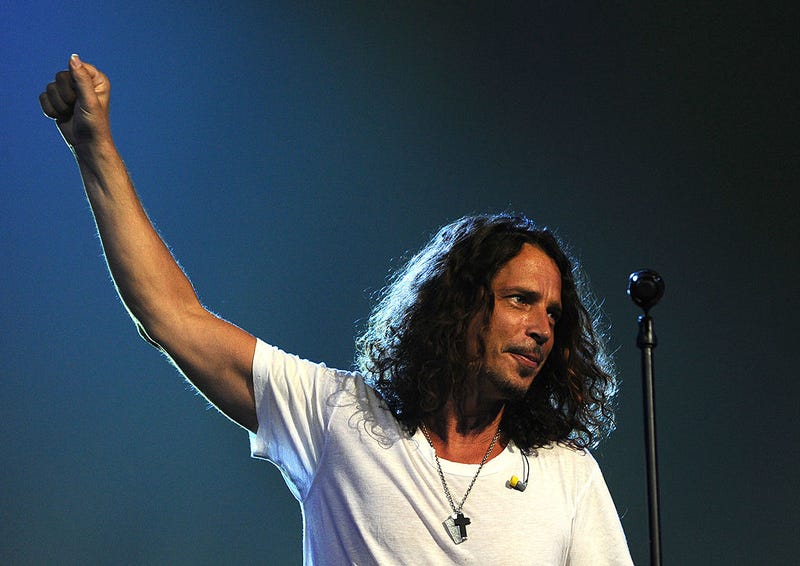 Today we celebrate the birth of one of rock’s greatest and most powerful singers, Chris Cornell.

Born on this day in 1964, his four octave voice took the music of Soundgarden, Audioslave and his various solo albums, guest shots and collaborations to  incredible heights whenever he stepped behind a microphone.

I experienced the thrill of hosting a Live From Studio X performance with Chris on the small stage of Schubas. Accompanied by an acoustic guitar, from my view on the side of the stage I noticed he wasn’t singing into, but over the top of the mic. During the interview part of the show I pointed out his mic technique. He said the intimate room was too small for his voice and he only needed the mic for the recording. He gave the mic just enough. Needless to say his voice still reverberated around the room.

Over the last few years of his life I had other opportunities to talk with Chris. He was always easy to talk to and very generous in interviews. The last time we talked was in 2016 after he released an incredible version of Prince’s “Nothing Compares To You.”

He’d recorded it at a radio appearance the previous year, but was so troubled by Prince’s death he decided to release it as a tribute. We all love Sinead’s definitive version of the song, but Chris  found a deep level of hurt in his performance. He could have blown the song out the back of the studio, but like the Studio X, he knew how to control his power and find a  quiet and moving emotion. We talked about his admiration for Prince and his  own sense of loss.

The next year, we’d feel the same about Chris. Happy birthday, sir.