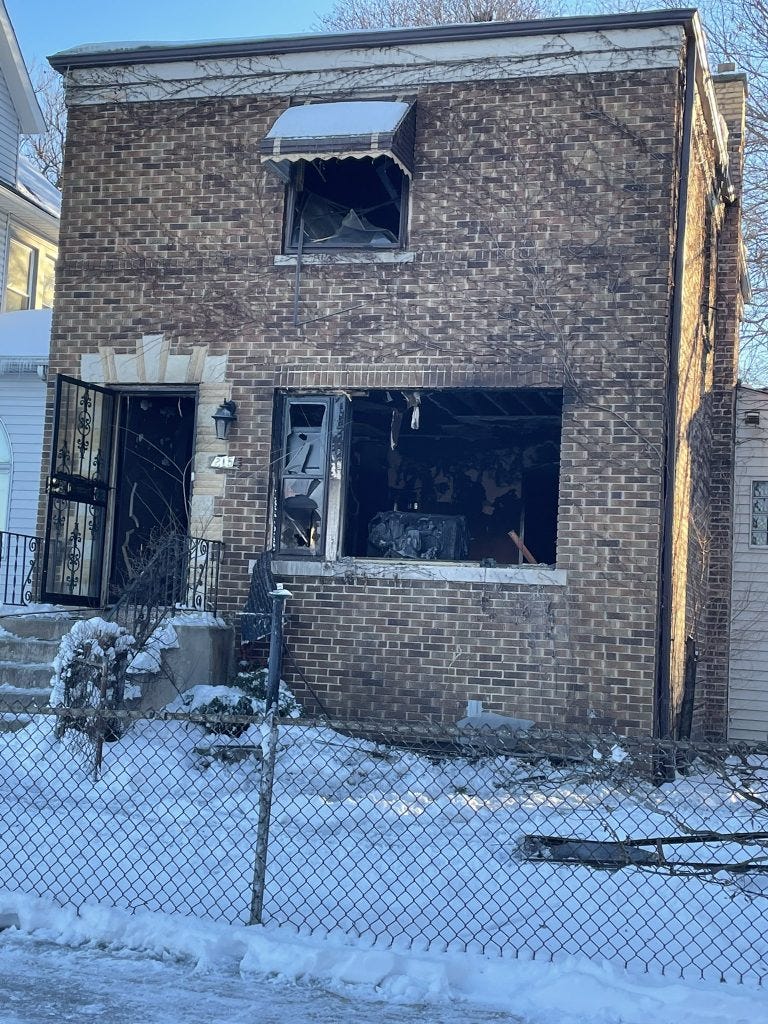 The site of a house fire in the 8200 block of South Cornell Avenue around 2 a.m. Tuesday. Photo credit Chicago Fire Department
By Sun-Times Media Wire

CHICAGO (WBBM NEWSRADIO) -- An 81-year-old woman died in a house fire in Avalon Park early Tuesday after she tried to escape, but collapsed near a door leading outside.

Fire crews found her on the kitchen floor of a home in the 8200 block of South Cornell Avenue, Chicago Fire Department spokesman Larry Langford said.

The woman had suffered severe burns and was taken to the University of Chicago Medical Center, where she died, police said. Her name has not yet been released.

A neighbor on East End Avenue first spotted the fire around 2 a.m. and called 911, Langford said. It’s unclear how long the fire was burning before then.

With temperatures in the single digits, crews encountered one frozen hydrant, but were able to access other hydrants that were flowing freely, Langford said.

Crews quickly spotted the woman and removed her, he said. She was in cardiac arrest and had third-degree burns. It appeared that the woman had been burned in another room before collapsing in the kitchen, Langford said.

She lived by herself and had a son who lives out of town, Langford said.

8215 Cornell preliminary report indicates fire may have started in basement. No smoke detectors found. Victim found only a few feet from exit. Smoke alarm could have provided enough warning to allow safe escape. Are yours working? pic.twitter.com/t77BZDPNqZ

The fire may have started in the basement, Langford said, but investigators were waiting for water to subside before investigating further.

The home had no smoke detectors, he said.