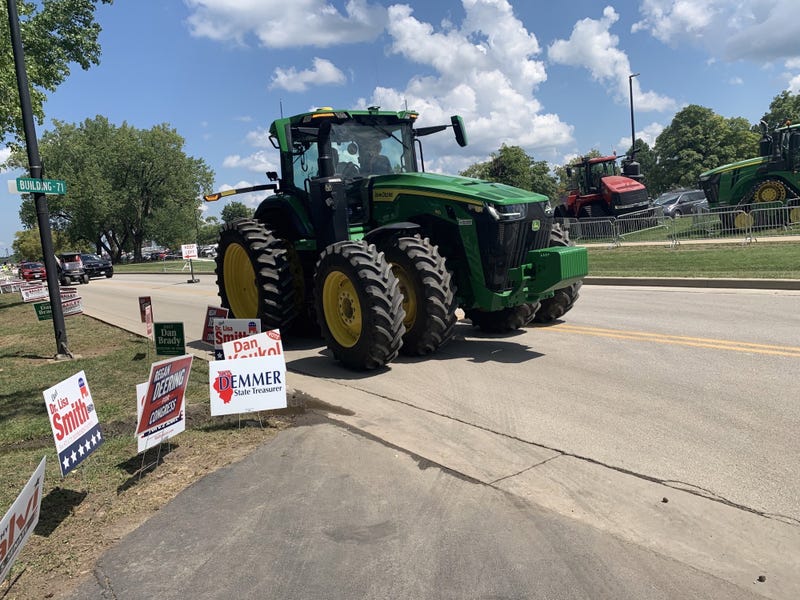 Republican gubernatorial nominee Darren Bailey on Thursday said the calluses on his hands are proof he understands the working class in Illinois better than Gov. J.B. Pritzker, whom he called an out-of-touch elitist billionaire at events celebrating Republican Day at the Illinois State Fair.

Speaking at the Illinois State Fairgrounds after a splashy entrance on a tractor, the downstate farmer spoke of Pritzker’s “soft billionaire hands” — saying the Democratic governor, an heir to the Hyatt hotels fortune, has never had to worry about how to feed his family or pay his bills.

The southern Illinois Republican asked “farmers” in the crowd to look at their hands, saying “they’re probably like mine, a little swollen, a little calloused, got scars on them.”

“I say he [Pritzker] doesn’t care. But I want to tell you something. Maybe he just doesn’t know. He’s never woken up in the middle of the night, worrying about keeping a job or managing payroll,” Bailey said.

“He’s never had to choose between filling his car up with gas or putting food on the table. He’s surrounded by security guards in the ritzy Gold Coast, and he’s never had to worry if his family is safe.”

Bailey — who is actually a millionaire from his family business, which includes a farm, trucking firm and excavation company — routinely portrays himself as the everyman on the campaign trail. And Thursday was no different.

“You may have already figured this out,” Bailey told the crowd with a chuckle. “I may be a little bit rough around the edges. But I will work for you, because I’m just like you. And friends, I promise you this: No one will work harder for you.” Tracy called the governor “King Pritzker” and “Daddy Warbucks,” and several speakers referenced a potential White House bid as proof the Chicago Democrat doesn’t care about the state of Illinois.

“Gov. Pritzker has done nothing to address public corruption, crime, rising costs, gas and groceries,” Tracy said. “Governor, how about fixing our state instead of dreaming about the White House?”

Illinois Republicans tried to steer clear of divisive social issues that have mired some of their most prominent candidates.

“I’m here to tell you that I will do everything possible to get our differences behind us so we move forward as one, because we have the answers that exist, not only here in Illinois but all over the nation,” Bailey said at an earlier Illinois Republican Party State Central Committee breakfast at the Wyndham Hotel in Springfield.

In public appearances after the primary, Bailey has taken on a more balanced and general tone while avoiding hot-button issues he had no problem addressing earlier in his campaign.

As Democrats call him an extremist and continue to dig up controversial snippets from his past — including a 2017 Facebook video in which Bailey compares the atrocities of the Holocaust to the lives lost from abortions — the Republican is casting himself as the everyman who cares about kitchen table issues. 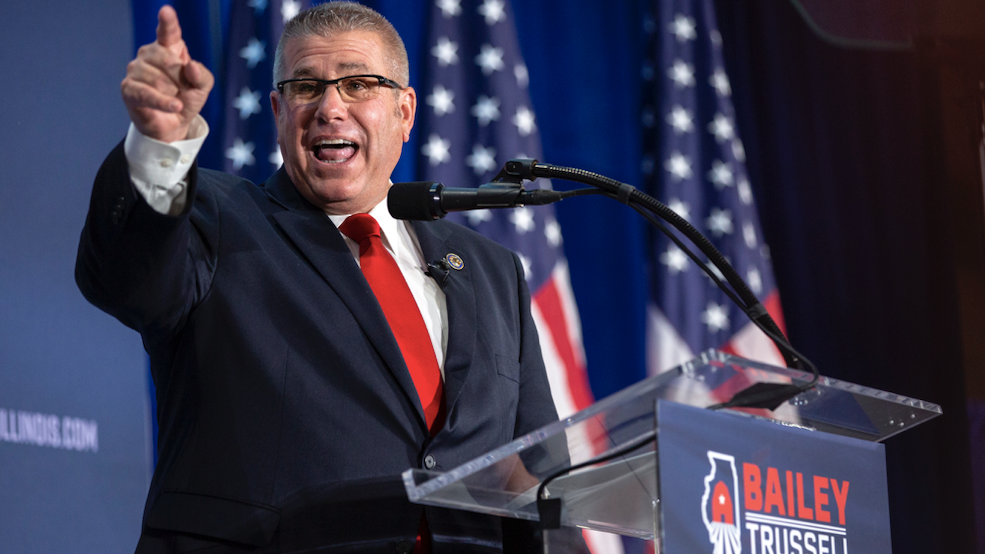 GOP candidate for governor: Rabbis are okay with his Holocaust-abortion analogy

Speaking to reporters following the afternoon rally, Bailey — who during the primary proudly touted his support for the former president and received his endorsement in the waning days of his campaign — was asked if Joe Biden is the duly elected president.

“Actually, I believe they do. Because it’s unsafe,” Bailey said. “But it’s going to change. Chicagoans deserve better.”

There were some notable omissions on a day intended to celebrate the state’s Republicans, including U.S. Rep Mary Miller, who in June defeated incumbent GOP U.S. Rep. Rodney Davis.

Other no-shows included the state’s three other incumbent Congressional Republicans —Adam Kinzinger, Mike Bost and Darin LaHood. A Davis spokesperson said the congressman was spending time with his family and couldn’t attend the day’s events. Tracy, who called Miller a good friend, said he didn’t know why she wasn’t in attendance.

Responding to the GOP criticisms, Pritzker campaign spokeswoman Eliza Glezer said, “Darren Bailey said it himself: He and his party are on a MAGA crusade to plunge our state into the past. “As Governor Pritzker and Illinois Democrats continue to protect and build on critical rights and freedoms, Darren Bailey and Illinois Republicans are an active threat to equality and democracy.

“Any person who repeatedly disparages the economic engine of the state, while also spewing racist, sexist, homophobic and hateful views, doesn’t deserve to hold a position of leadership here or anywhere.” 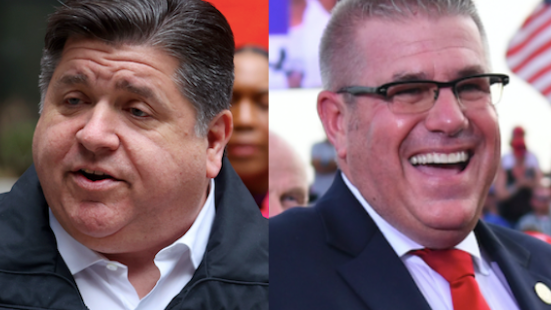