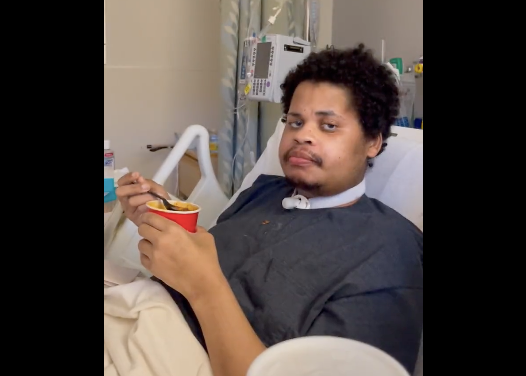 Dakota Earley seen in a social-media video, making progress after he was shot in an armed robbery. Photo credit Joy Dobbs/Twitter
By Steve Miller

(WBBM NEWSRADIO) — The 24-year-old culinary arts student who was shot in the head and back almost two months ago in a Lincoln Park robbery is making progress, and his mother says he’s even had job offers.

The update on Dakotah Earley was tweeted by his mother, Joy Dobbs, in a video showing her son talking, now that the wires holding his jaw in place have been removed.

She says her son will likely be an inpatient for another two or three weeks as he looks to the future.

“I know he has had job offers. We’re watching the Food Network right now, so I know that’s still one of his passions. But I love his cooking, and the brownies he made today were great.”

Doctors had to amputate part of Dakotah Earley’s leg after he was shot. But Dobbs says her son seems to be the same person he was — “very genuine, really nice.”

“I’m glad they haven’t taken that from him,” Dobbs says of the robbers who harmed her son. “They’ve taken enough, but they can’t have that.”

She said she is learning to deal with her own anger by watching her son’s progress.

Earley has had job offers from kitchens over the past couple of months during his recovery, Dobbs said. 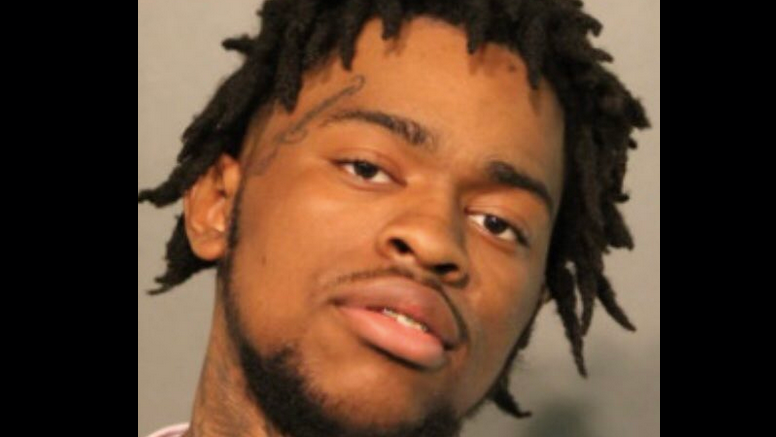